Semibluegrass in Their Soul: Music Movers Showcase at the Magic Bag

Two of my favorite bands right now are the Gasoline Gypsies and the Native Howl, both of whom recently electrified the crowd at the Music Mover's showcase at the Magic Bag in Ferndale.  So, what was an admitted bluegrass and acoustic music die-hard doing at what could only be describe as and pure electric rock show?  This question cuts right to the heart of the "SemiBluegrass experience".  I could take the easy way out, and fall back on my oft-recited mantra "live/local music--nothing better", but that wouldn't be fair.  Instead, if we focus on what it is that drew me to bluegrass and acoustic music in the first place, you begin to see that, while these bands are in no way "traditional", "bluegrass" or "acoustic", they solidly embody the SemiBluegrass spirit in their performances.

First and foremost and regardless of arbitrary genre labels, I'm a fan of authentic music; be it honest, original performances or high-quality cover material that pays homage to the American music tradition. Both of these bands feature predominantly original material, with only the occasional cover tune thrown in.  They are also careful to avoid the cover rock cliche' by choosing songs by less-well-known artists and deep cut/B-side recordings from popular artists.  And they pour their heart and soul into every song, every performance.  It is simply impossible to ignore these bands on stage; their infectious enthusiasm draws the crowd in and takes them on a musical journey together.  Whether it be Chicago Blues, Classic Bluegrass or Acoustic Rock, the hallmark of great roots music has always been over-the-top energy and relentless drive--and these bands have that in spades.

Another hallmark of the music I so love, is the ability to tell a story through excellent songwriting and passionate performance.  While the Gasoline Gypsies broke out a couple of new tunes at this show (and they're excellent), I'll admit to almost fanboi love of the songs on their self-titled CD.  From the banjo-fired train-tale in Abilene, to the driving funkiness of their "favorite bar ballad" Unwind, you'll find compelling story lines, catchy vocal hooks and a few clever turns-of-phase along the way.  They're the kind of songs you find yourself singing at your desk all day.  Feeling down or out of energy at the end of the day?  Put this CD in your car, turn the volume up to "eleven" and hit play.

The real genius in this band's performance is their vocal arrangements.  While pretty much everyone gets in on the action singing lead, their killer three-part harmonies are as good as anything you'll hear at a bluegrass festival.  Some of this is undoubtedly due to the fact that their voices naturally suit one another.  However, I know for a fact, that harmonies so dead-on that they sound like a single voice and dripping with complex resonances and overtones does not happen by mistake, it takes dedication and hours and hours of practice.  One thing that really stands out is this band's ability to sing powerfully, and sometimes loudly, without straining, shouting or allowing their voices to break up--walking that razor edge between intensity and control.  Their songs are powerful, and intense, but always easy to understand.

While the Gypsies epitomize the SemiBluegrass Spirit through their songwriting and vocals, the Native Howl draws upon the instrumental legacy of roots music in their performances.   How do you describe their sound?  Acoustic Folk-Metal?  World Fusion Jam Band?  Death Grass?  Let me tell you what you have here.  First, you have a guitar-driven Detroit rock duo.  What makes them unique is their use of acoustic guitars played in both the flatpick/strum folk tradition and the lay-it-down power-chord grunge/metal style.  It's quirky, but it gives them a really unique and rich sound.  Add it band member Jake Sawiki's remarkable harmonica chops and Alex Holycross work on the keys and you begin to get a glimpse of the musical complexity that defines that sound.  Anchor this with some incredibly funky-yet-punk-edgy bass lines and darn good drummer and the crowd loses their mind.  The first time I saw this band, I thought they brought a busload of fans with them who dance and sway and sing along with the band, amping up the energy and sending the show into overdrive.  Now that I've seen them a few times, I understand that they don't have to bring fans with them, they have a gift for connecting with any crowd and engaging in a musical symbiosis; a positive feedback loop where the crowd's energy inspires the band and the band's performance energizes the crowd.

Both of these bands are embarking on a summer co-tour, and have partnered with Music Movers for booking and promotion and to "change the world, one song at a time".  I should mention that their first efforts in this area was this artist showcase at the Magic Bag, where they share the bill with two other Music Mover clients, The Prime Ministers and the Social Bandits.  They're both great bands.  The Prime Ministers are a pretty straight-ahead Detroit rock band with great energy and enthusiasm, while the Bandits are somewhat eclectic rock-jazz-jamband ensemble with a penchant for taking cover-rock standards and turning them on their ear.  It's funny, they're both great bands, but they just didn't tickle my "SemiBluegrass" funny bone.  Maybe if they added a banjo...

More pictures from the gig below.  Feel free to share/link pictures and credit SemiBluegrass.com.  Consider following SemiBluegrass here on the blog or on Facebook for more great bands and show reviews. 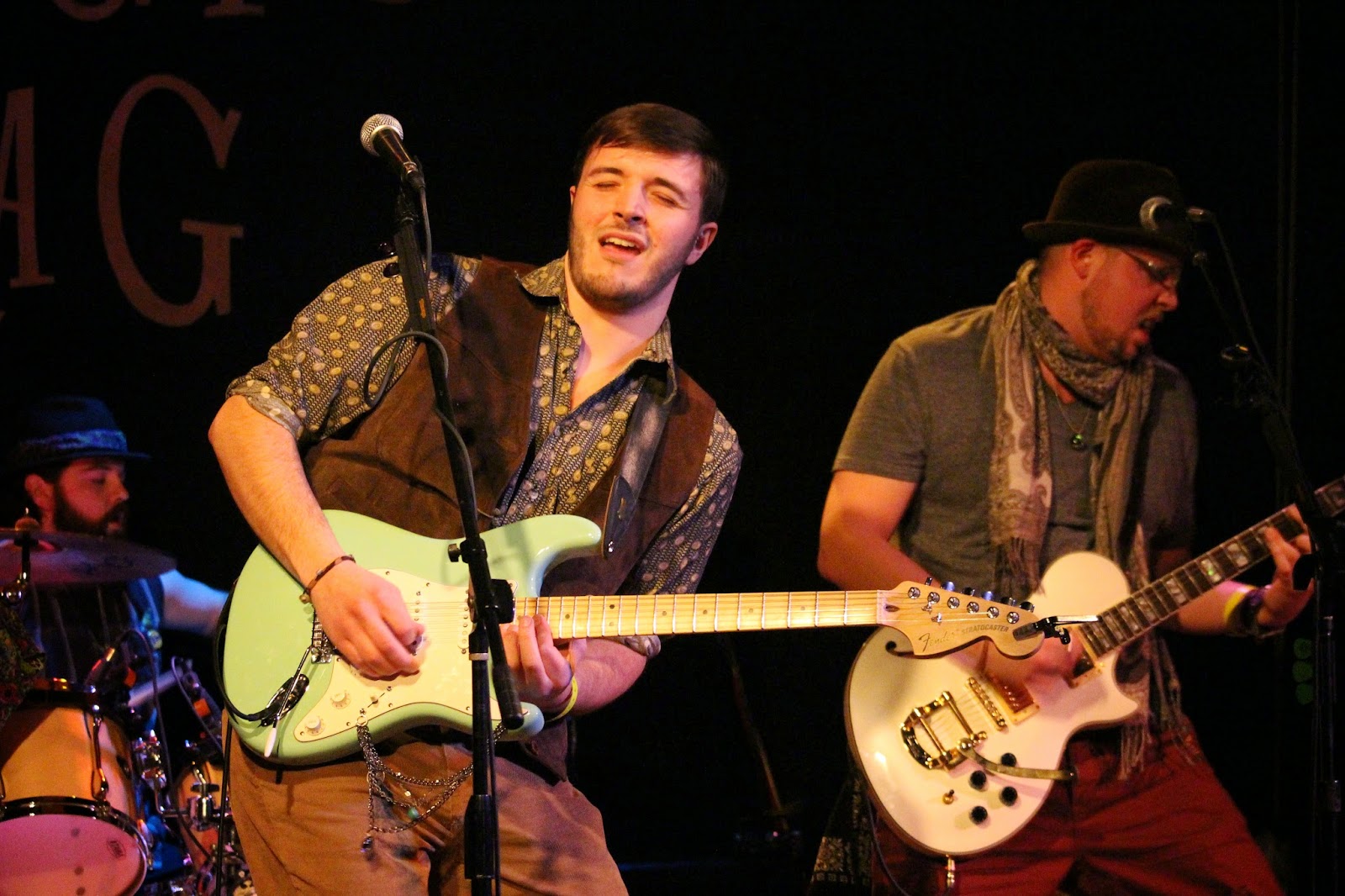 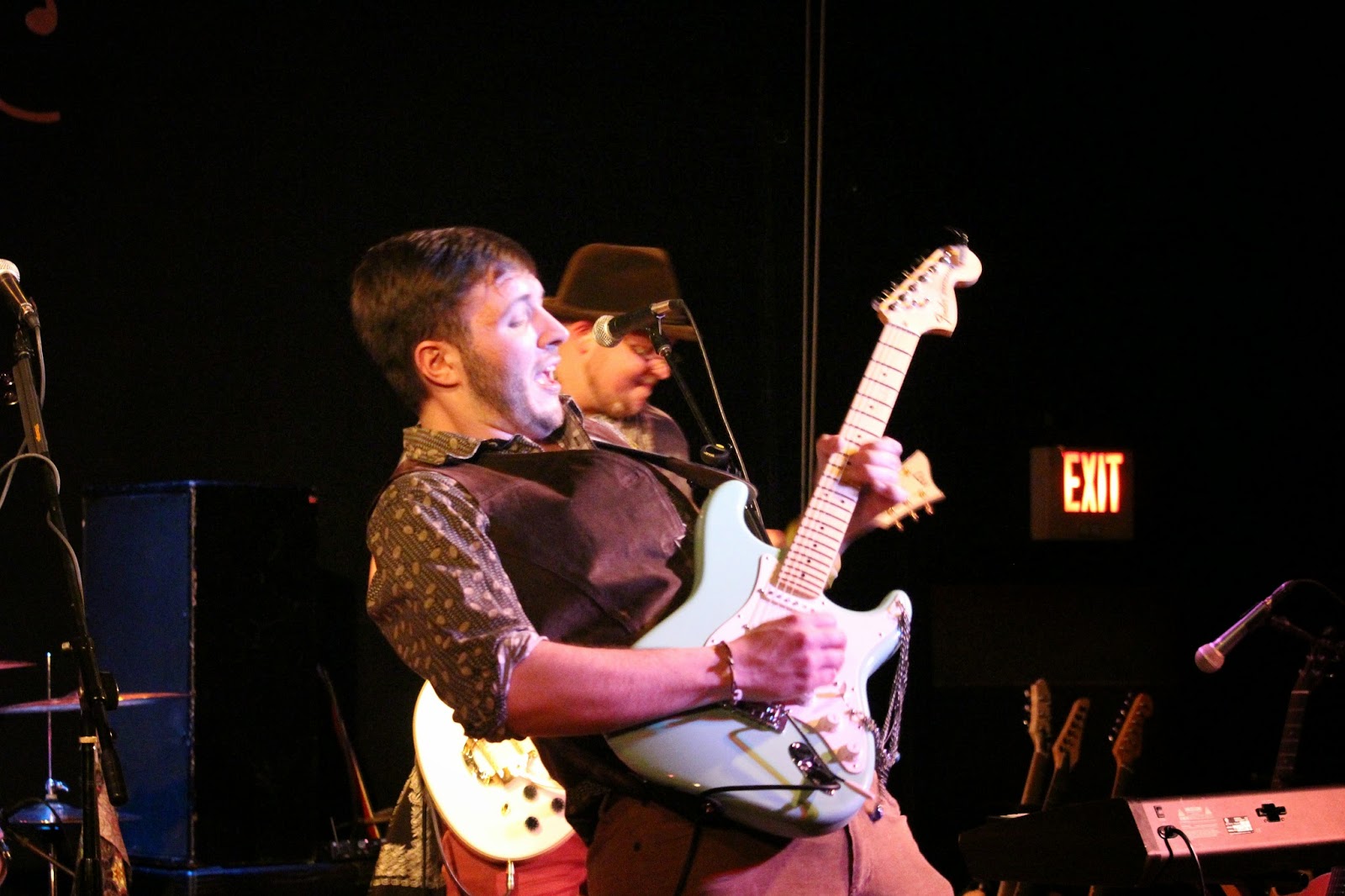 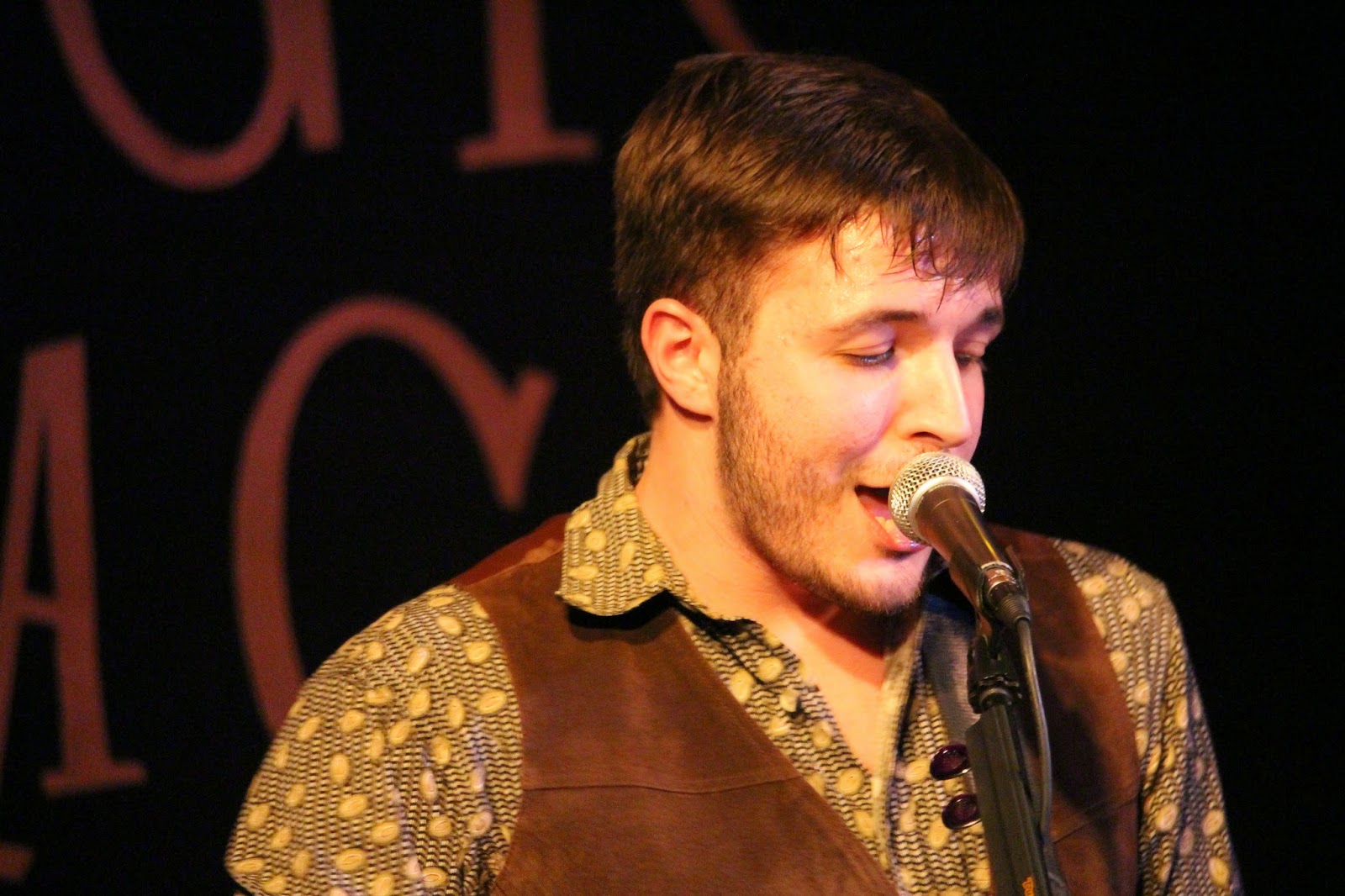 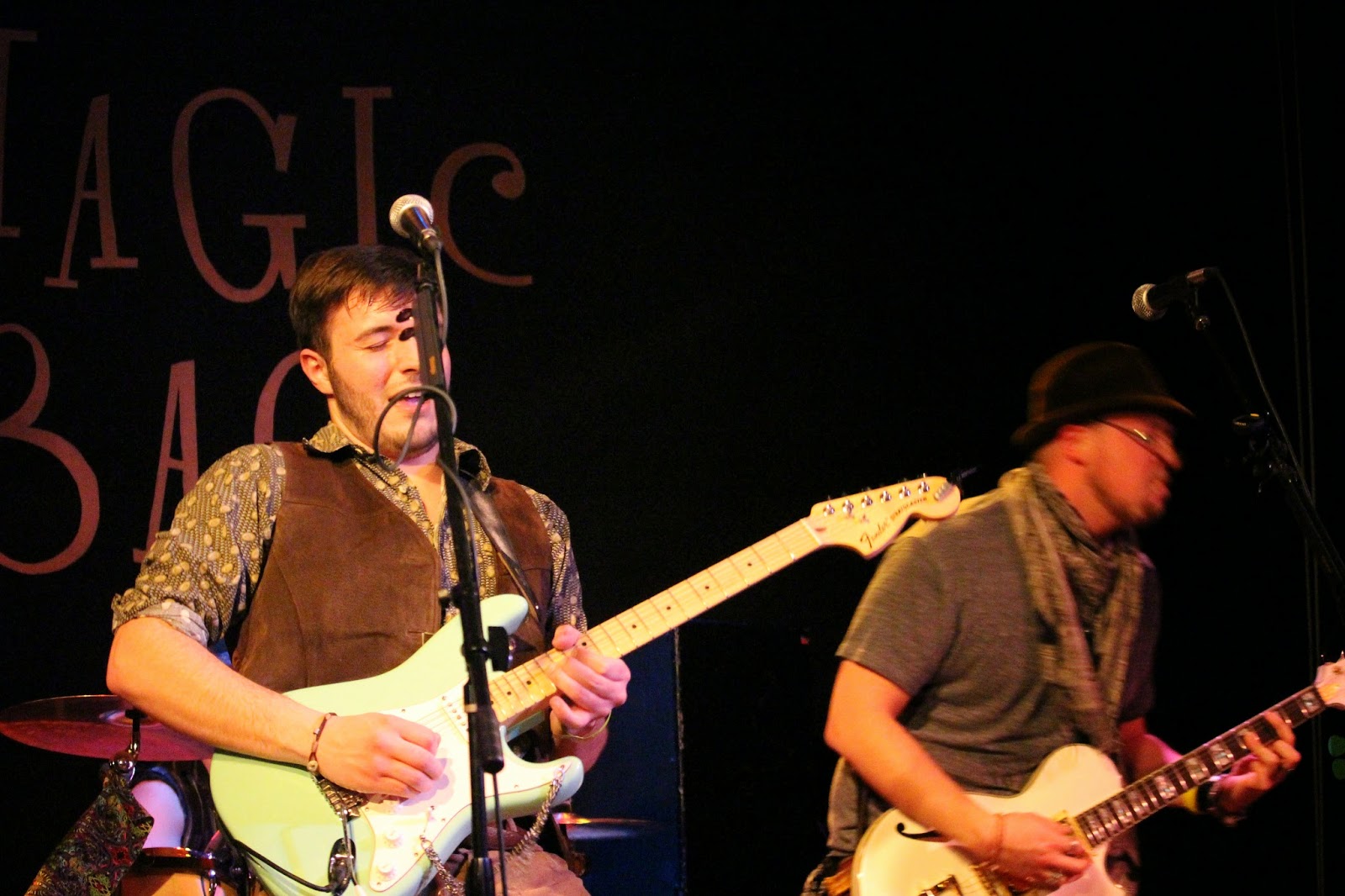 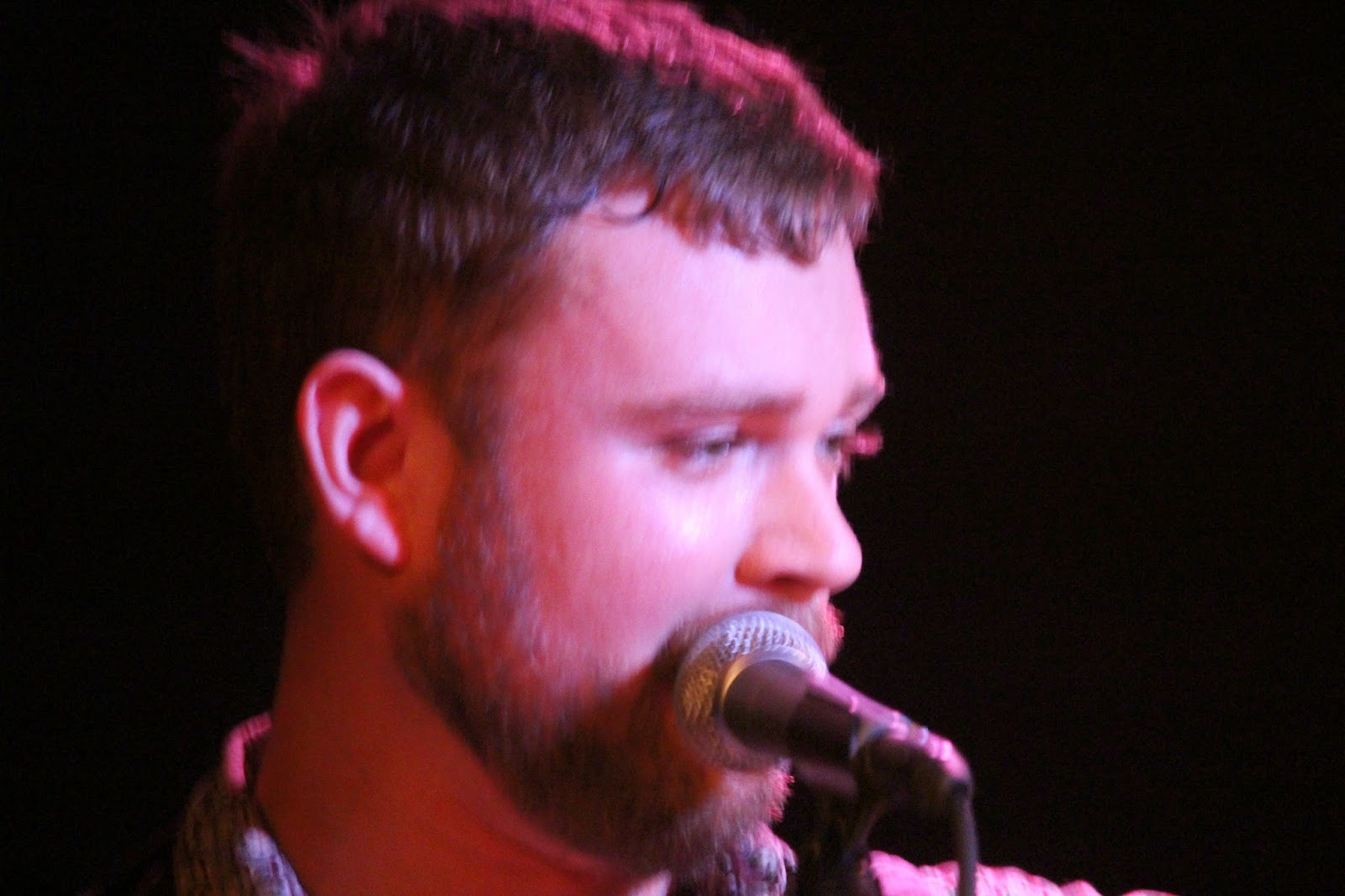 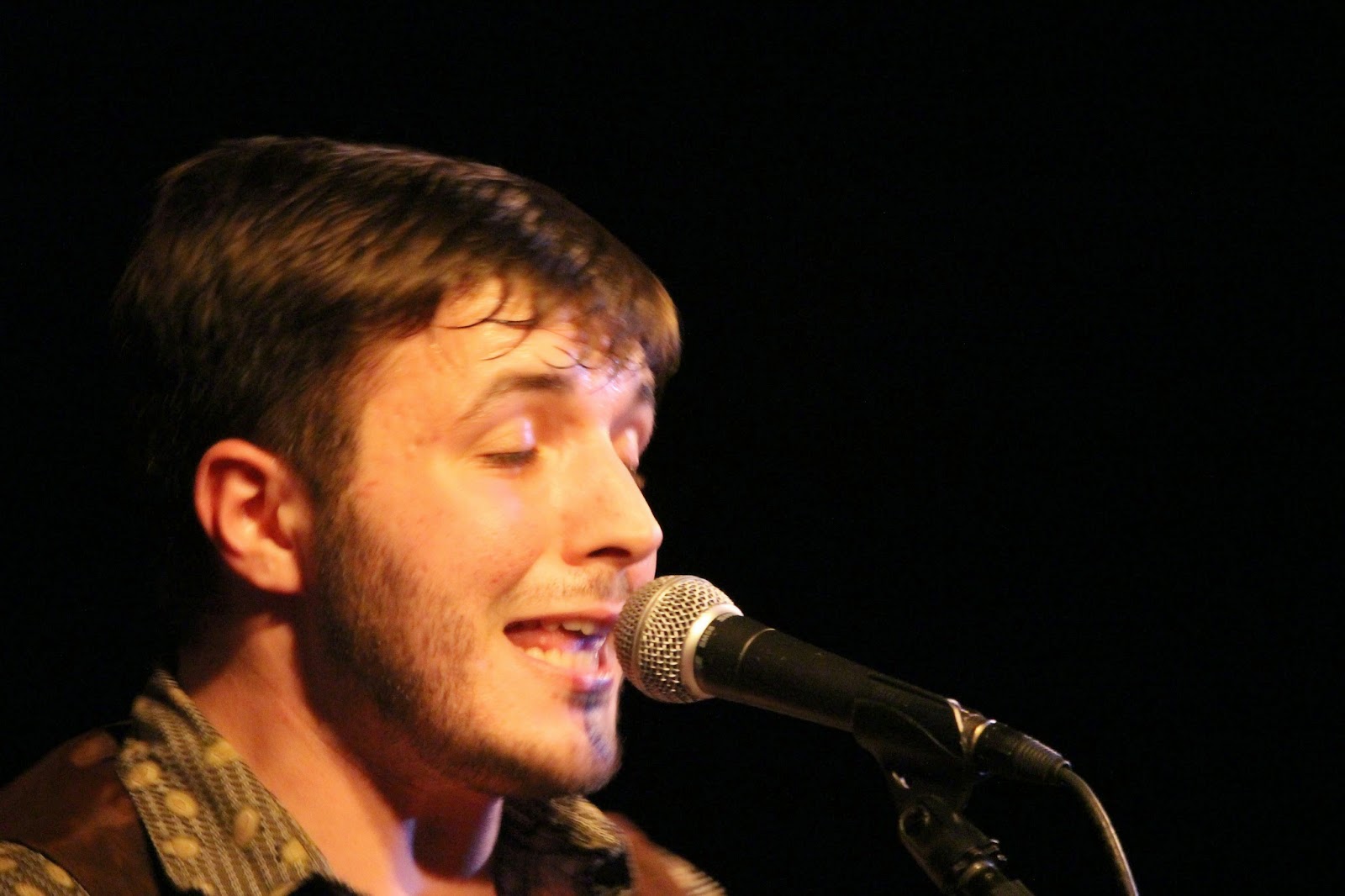 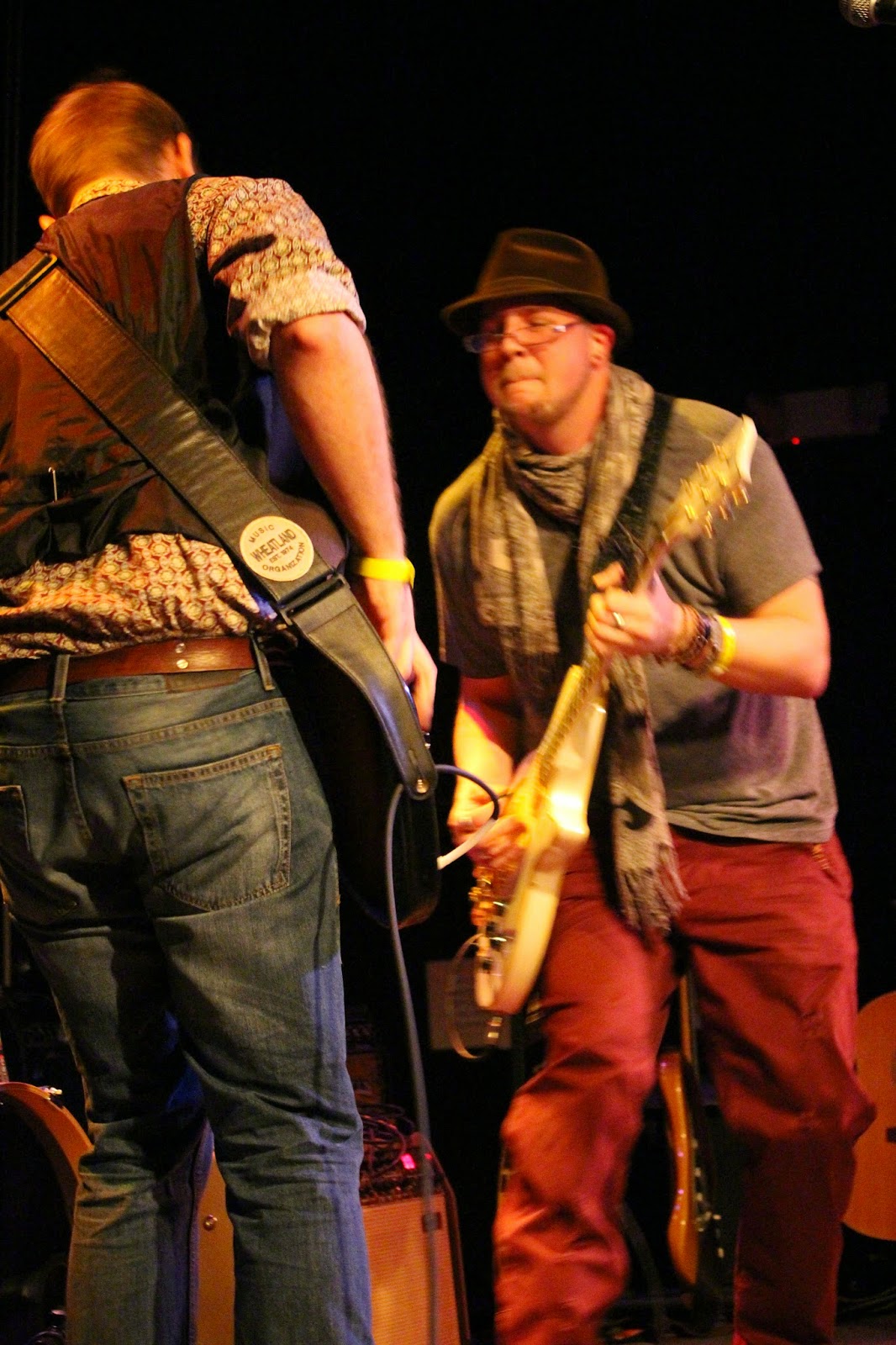 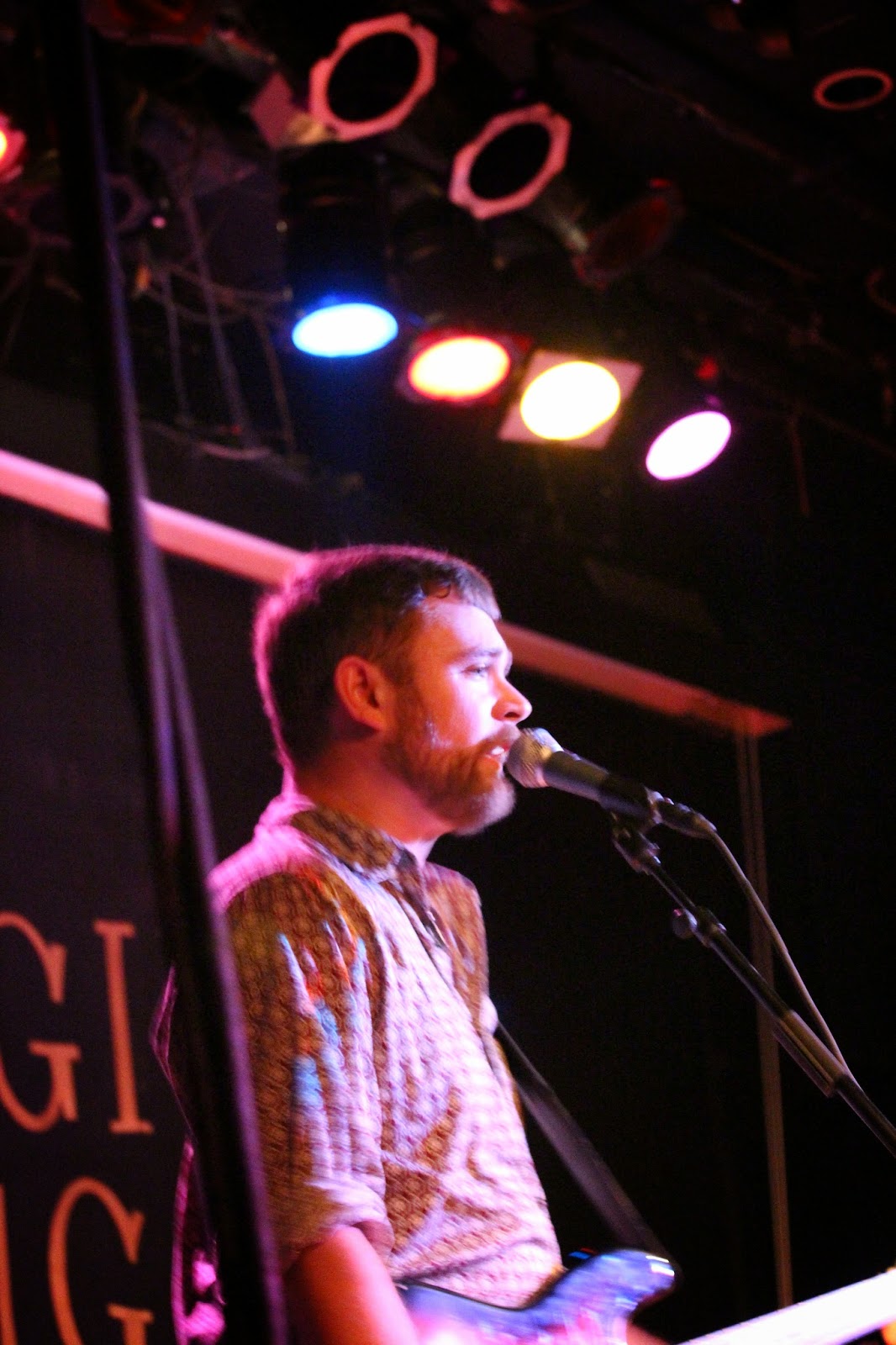 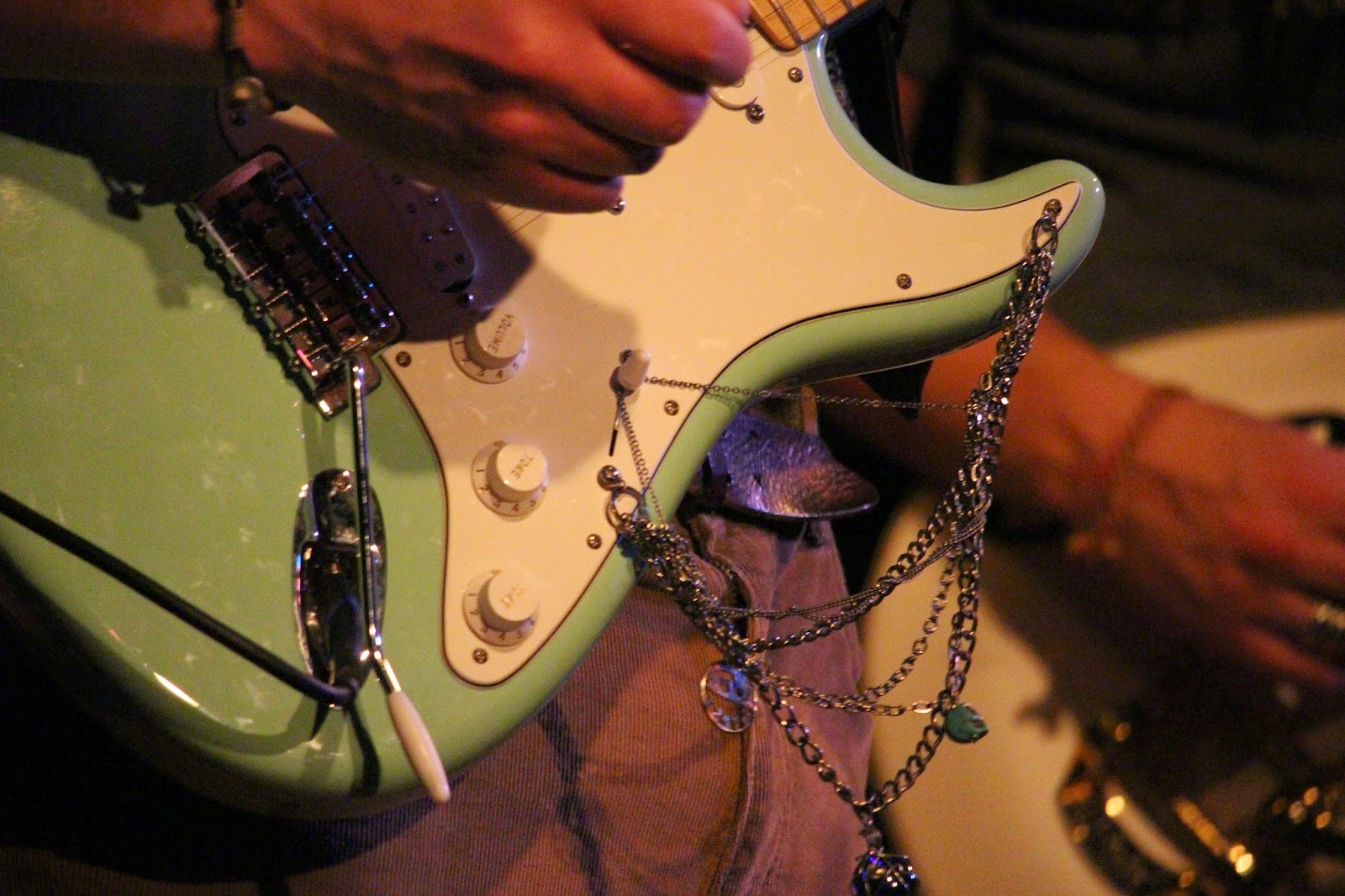 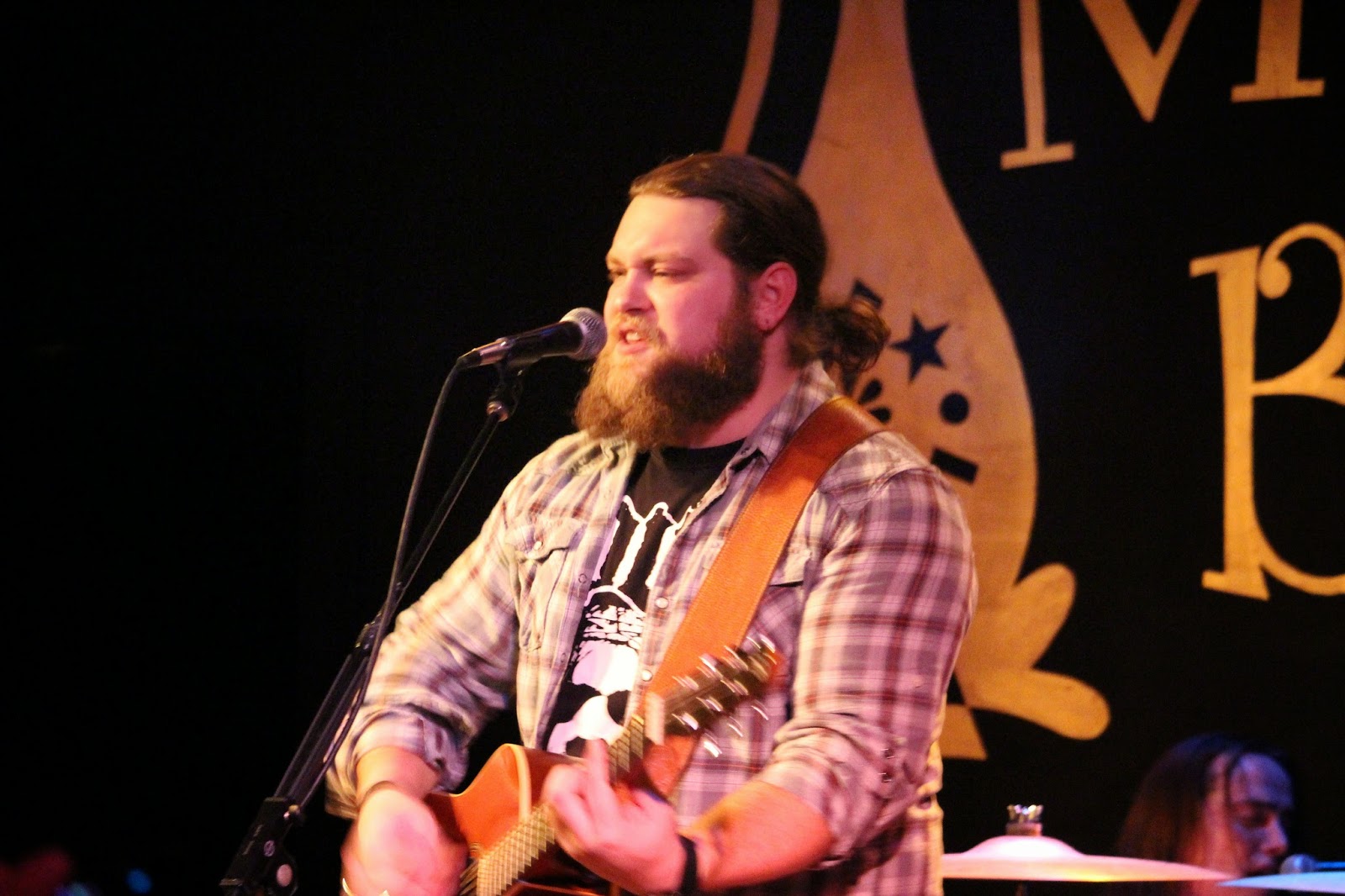 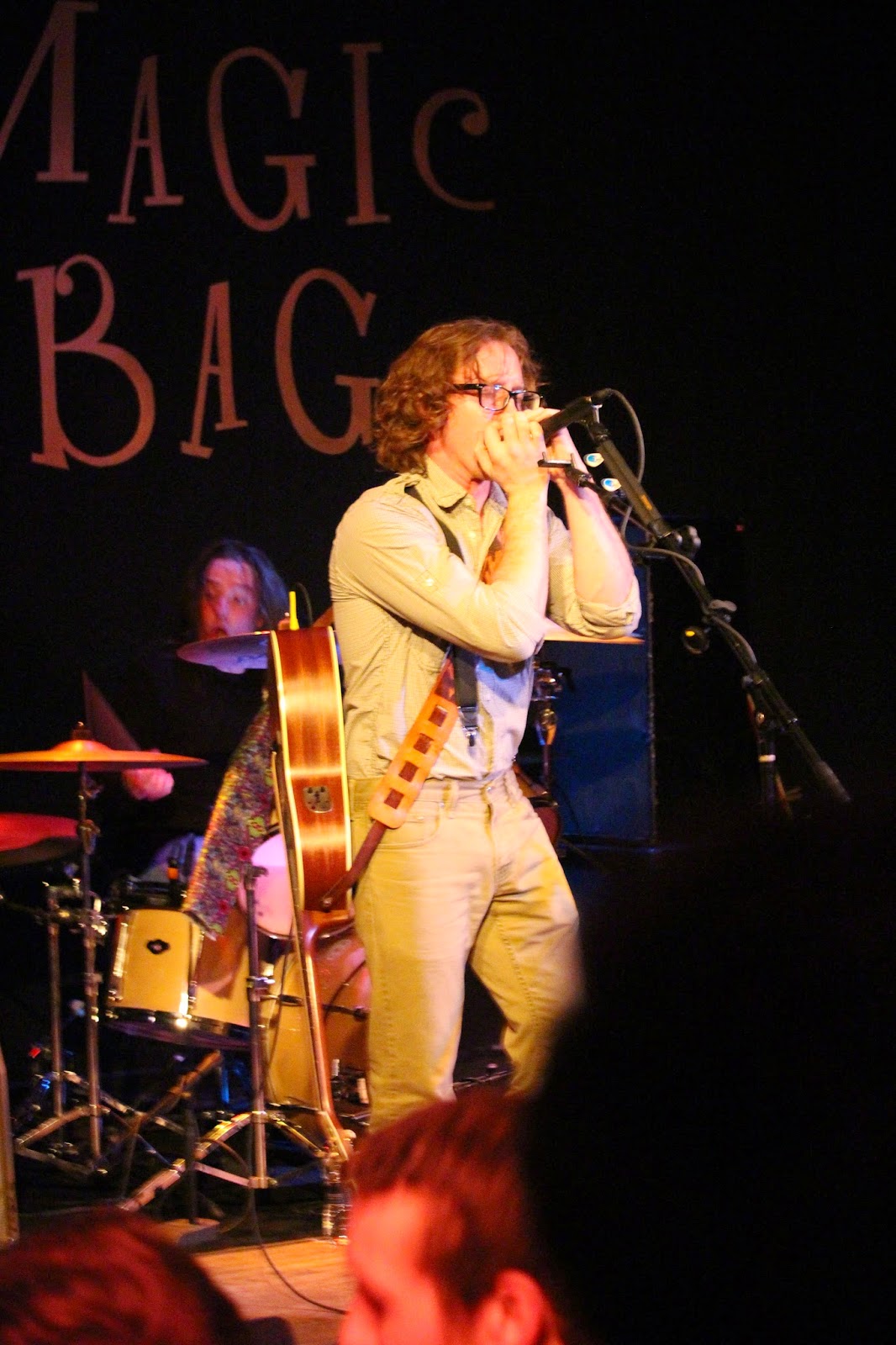 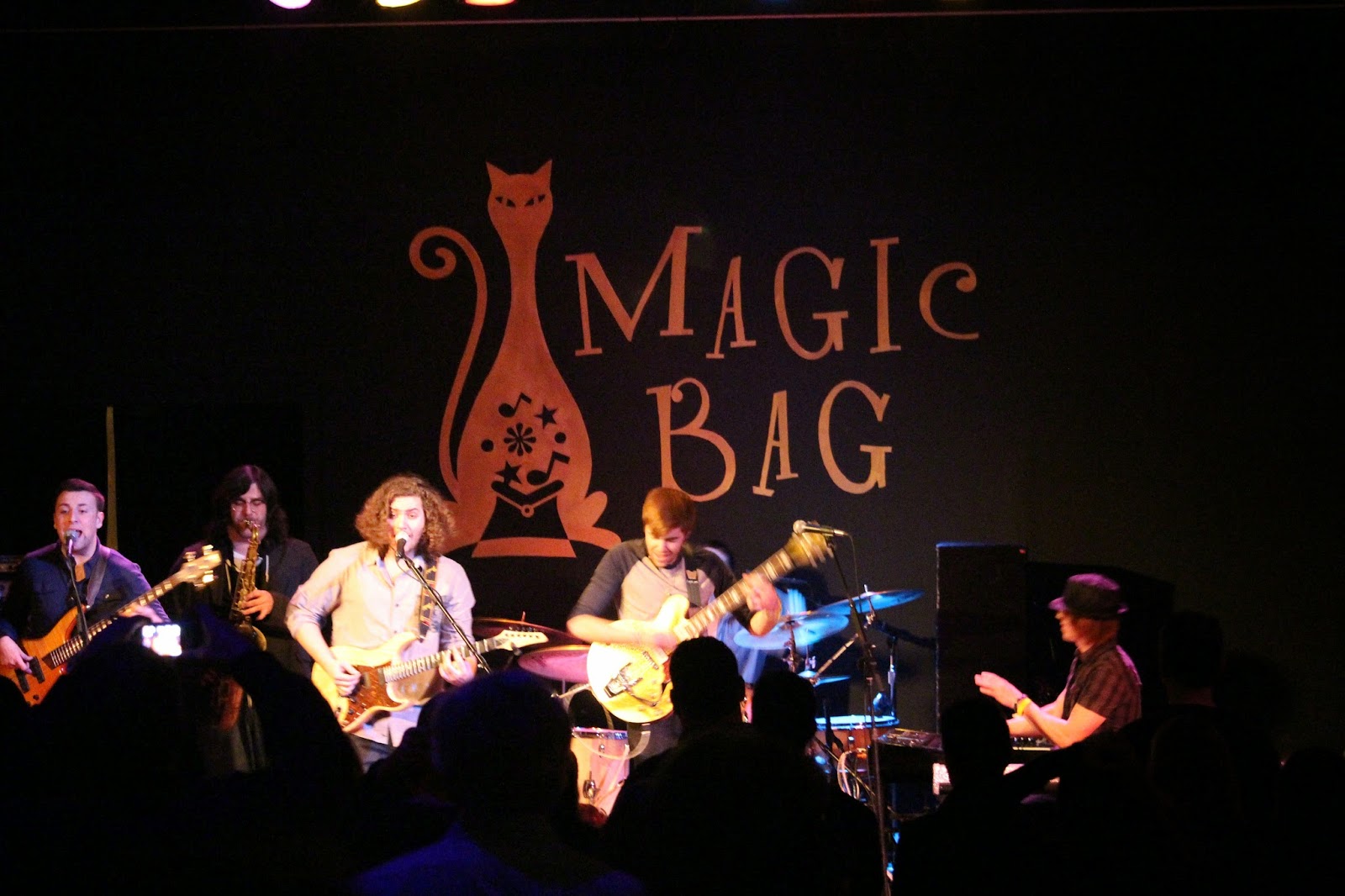