Sometimes you have to do a little work to ferret out truly excellent live, local bluegrass.  Such was the case when, despite being at the end of a LONG summer "tour" and the end of a truly hellacious first full full week back to work, I jumped in the Subaru and made the 2 hour drive to Kalamazoo to see Full Cord play the Eccentric Cafe at Bell's Brewery.  That's C-O-R-D, as in "a full cord of firewood".  My dad used to say that firewood heated you three times...first when you cut it in the woods, then when you split it at home, and finally when you burn it to heat your house.  Similarly, the guys in Full Cord, and the various spouses, friends and children that compose their "clan" enriched my summer in three ways; their campsite jams, their live shows, and getting to know a truly classy band who understands that family--even extended "band family"--trumps all.

I first met the Full Cord clan at the Charlotte Bluegrass Festival.  Quite by accident they ended up camped directly across from my SeMiBluegrass Camp.  Right from the start, it was obvious that something special was going on in their camp.   From a veritable gypsy camp of camping rigs (ranging from expensive trailers, to pop ups and even the rarely seen--at bluegrass festivals--old school tent) to the "hippie prayer flag" banners, it was obvious that this camp was committed to having a good time.  Even as I was setting up camp, some amazing banjo picking wafted over (probably provided by Paul Kirchner--one of the most tasteful and melodic banjo players of the summer).  As the weekend went on, the jams at their campsite became truly epic, with Billy Strings and Don Julin joining in for hours, as well as a non-stop parade of top-quality pickers...both from the campground and the stage.  This was truly the finest "pro jam" I've seen.  The guys in Full Cord, while pros themselves, are also one of the best "backing bands" for a jam I've heard.  Later on, a couple of the guys even drifted over to our jam, playing with my daughter and me for a bit...and passing on the parking lot tradition.  Truly a class act.

The Eccentric Cafe is truly a magnificent room to listen to acoustic music.  Warm and inviting, plenty of wood panels and an open dance floor all make for a great listening experience.  The beer is--of course--excellent, and the coffee was unexpectedly very good, even after the waiter appoligized for being too "fancy".  The sound guy was a true professional with minimal issues and a good feel for a balanced mix.  You could hear every note, on every instrument, on every song.  This was also probably partially due to the band's outstanding use of the "one-mic" setup.  While instrument mics were provided for instrumental solos, the vocal harmonies were rich and complex, and perfectly complimented by the rhythm guitar and bass.  This is one of the fullest sounding bands you will hear on stage.

A mentioned above, Paul Kirchner--the elder statesman of the band--is one smooth banjo player.  While everything he plays is clean, complex and subtly nuanced, he really shines on the numerous John Hartford covers the band includes in their set.  A master of dynamic range, he can twang away on the five string with the best of them, but also possesses that rare ability to play softly when the song calls for it.  While he is certainly a master of the Scruggs style of 3-fingered banjo-picking, he none-the-less threw in some tasty clawhammer work as the night progressed.  Quiet and unassuming on stage, his occasional quips and onstage banter we drop-dead funny and delivered with a twinkle in his eye and a smile on his face.

Todd Kirchner holds down the groove with his refreshing approach to the upright bass.   More likely to have his eyes closed than open, and swaying back and forth like a 6th grader at his first dance, he manages to avoid the 1-5-1-5 bluegrass standard, and instead plays an intricate walking, sometimes funky bass line more at home in a jazz ensemble than a somewhat traditional bluegrass band.  Check out their cover of "Stealin'" to hear him in action.  Todd also provides the main harmony element in the band's vocal arrangements--always spot on pitch and blending effortlessly with the rest of the band.  Like all the guys in the band, he's quick with a smile and generous to a fault.  Paul is also a walking jukebox of cool cover tunes (including a refreshingly awesome grasp of 80s pop that could almost convert my wife to a bluegrass fan).

Frontman Eric Langejans is an easygoing guy.  The type of guy you want to hang around the campfire with and tell tall tales late into the night.  On stage he's just as laid back and unassuming--until he opens his mouth and starts singing.  He has a wonderfully rich and complex voice and the rare ability to enunciate ALL the lyrics of a song.  He can also subtly tweak his voice to sound like the original artist when doing a cover--while somehow retaining his own vocal style.  A great rhythm guitar palyer, Eric is also a fantastic flatpicker.  While he eschews some of the flashier, Tony Rice style licks in favor of bluesier, string-bending leads he would be right at home in any flatpicking contest.  He definitely has his own style and uses it to give the band's arrangements a truly unique feel.

A newer addition to the band, and a true surprise was mandolinist Nate Roberts.  Somehow, he was able to throw off the mantle of sharing a name with my favorite Tiger's left-hander and find a way to impress me during the show. Laying back, his subtle chop and tasteful fill licks really round out Full Cord's sound.  But when he takes a lead break, he really shines.  He is able to add a great deal of texture and interest to his breaks by throwing in not only complex melodic variations far above the ability of most bluegrass mandolinists, but also by varying his rhythmic contributions--from standard time, to syncopated rhythms and even soem 6/8 and 12/8 feels.  Druing "Salt Creek" he really hit his stride and totally melted my face.  One of the best breaks of the summer and a great addition to the band. 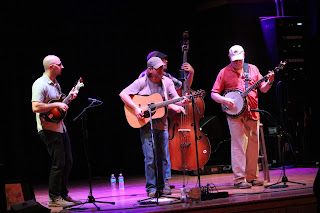 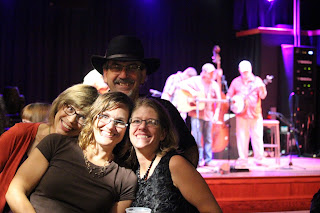 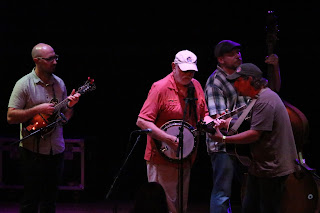 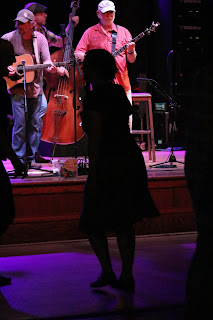 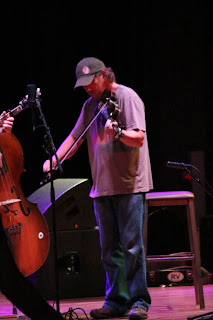 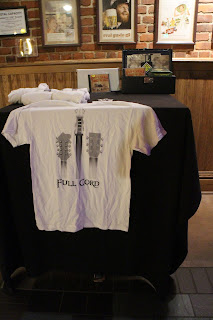 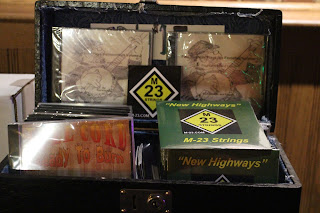 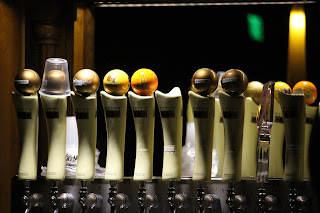