No surprise.  I like my music live.  And I love my music local.  So, when Steve Soviak, President of the Detroit Blues Society invited me to attend the International Blues Challenge at Callahan's, I couldn't say no.  Boy of Boy!  I'm glad I did.  I was truly amazed at the depth and breath of musical talent on display there.  I tried to jot down a few note, and snap a few picture to share with you.  I was writing in the dark, so not sure what "terminal pickle blues" means, but I ended up with a several pages full of notes on every band there.   Go see some (or all!) of these bands, you'll thank me later!

John Latini--winner of the Solo/Dou challeng--led off the festivities with a brief set of soulful blues.  A killer, smooth guitar player I was totally unprepared for what came out of his mouth when he started singing.  With a deep (and I mean DEEP), growly baritone simply dripping character, he infuses the lyrics with passion, and heartache necessary to truly sing the blues, instead of perform the blues.  Sort of a Louis Armstrong-esque singing New Orleans blues feel to his voice.  He was also very comfortable on stage  and struck an immediate connection with the audience.


Next came the the youth challenge winner, Leah & the Troublemakers. Don't discount this group of high-school aged "School of Rock" graduates because of their age.  Lead singer Leah rocks, and she rolls, and boy howdy--this girl can flat out sing the blues!  In addition to a powerful, velvet-smooth and soulful voice, Leah is able to resist the all-too-common tendancy for yourg female vocalists to over-embellish, instead choosing to sing with the band, instead of over them.  And what a band!  A great young drummer and punk-rock tinged bass player provide all the drive you could want.  Throw in some tasty lead guitar licks and rock-solid rhythm guitar and you have a band as good as any you'll see playing the nightclubs and bars around town on any given Saturday night.  There is also something to be said for bands who dress up for the stage.  On this day Leah sported a tasteful blue dress and the boys in the band wore narrow matching neckties over white shirts and black jeans.  Very rock and roll chic.   Check them out online.  They were definitely in the running for best band of the night (not best TEEN band....best band.  Period.).

The IBC Blues challenge is pretty simple when it comes to band competition.  15 minutes to set up.  15 minutes to perform (don't go over)!  Winner take all.  Bands drew numbers to decide their performance order.  Can't fit in all the photo's here, so I'll include them at the end of the article.  Leading off was the Jeff Hoagland band.  Classic guitar/harp driven blues here.  I was impressed by his easy demeanor and laid back vocals.  The band was tight--obviously used to playing together and presented a subtle and nuanced approach to the blues.  I found them very easy to listen to and instantaly captivating.

I met Elijah Craig Band's frontman Leonardo Gianola last year at this same event.  He's a crazy talented slide guitar player able to wring some amazing sounds out of his left-handed Gibson SG.  None-the-less, he floored me with a smooth vocal on the last song, sung with passion and character and an award-winning smile on his face.  You could totally tell that he--and all the members of Elijah Craig--loved being on stage.   This band is obviously built around a semi-regular jam session with each and every member contributing a song.  They have a great sound and all of them can sing!  In fact, their voices are so good, I wish they had tried more two- and three-part hamonies during their set.  They would have brought the house down!

Next up was the amazing and beautiful Diana LaFuente.  One of the highest-energy sets of the night, this energetic dynamo really belts out the blues.  She has that quintessential, edgy Detroit sound in her vocals and demands your full attention from the very first note.  A voice this big demands a huge band behind it, and did she ever deliver.  Hands down the smoothest and funkiest drummer of the evening.  Her bass player not only laid down a mean electric bass line, but added some upright bass and even harmonica to the mix.   And her guitar player--with his emerald green strat--calmly stood in the background thrownig down one classic blues riff after another...until the final song, when he exploded into a maelstrom of show-stopping antics including a Steve Vai inspired tap/thrash shredding passage; playing with his teeth; and one lightning fast riff after another.   A real show stopper!

Bubba Wilson and The Powerhouse.  Loved this young guitar slinger / vocalist.  He really captures the power and emotion of Southern Rock/Blues.  I'm not sure how a kid this young can belt out such deep, booming and powerful vocals. Thowing his curly blonde locks all over the stage, he twists and contorts his body while playing and displaying a classic "guitar face" in all it's glory.  This being a contest, I thought their selection of orignal songs was spot on--beginning and ending with a burner, and featuring a poignant, autobiographical number in the middle.  I would have voted him as the winning band.  There was a small--perhaps single note--mistep in the middle of one song, and I tell myself that was probably the difference betweeen winning and second place.  Truly a great band!

Next up came self-appointed "Soldier of the Blues" and last year's winner the Chris Canas band.  I love this band!  Chris is a pure showman.  From his classy stage outfits to his classic hat, this young singer is pure class.  I listened as he talked, complimented and traded notes with literally every band there.  He's a true ambassador of the blues.  As well as being a fantastic singer and musician, Chris is a true entertainer, giving the audience something to hear, watch and think  about with every motion, word and sound.  I love that he chooses to share the stage with his Mother who is a fine singer and performer in her own right--and who claims she's his older sister and has the good looks to pull it off!  I had to leave early, but found out the next day that the band had repeated as winners.  I'm sure they'll use their experience last year to polish their show and make a DEEP run in the finals.

When I pulled up to Callahan's I was greeted by a big purple party bus and throngs of fans wearing Roadside Rick & the Breakdowns tee shirts.  You simply have to love a band that brings their fans with them!  The band "looks and feels" like an Outlaw country band, but that immediately goes away when they hit the stage.  Pure, telecaster-driven blues performed with energy and passion in front of a driving rhythm section had the crowd on their feet and dancing from the first note.  Even though it would have disqualified them, the crowd kept calling for an Encore.  I want to go see these guys full show some time.  I'm sure it will be a great party!


I love a good horn section.  Finishing up the night was 23 North.  No picture could possibly capture this 10-piece band.  With a great selection of classic blues covers backed by a tight horn section, this band really gets the crowd moving.  Their sound is very reminiscent of "The Committments" movie a few year back...with some classic Blues Brothers and Joe Cocker thrown in for seasoning.  All three vocalist featured could really sing!  And, the best harmonies of the evening.  I really enjoued this set!

With winter coming, make sure to follow SeMiBluegrass here and/or on facebook for more live, local music in SouthEast Michigan.  As usual, feel free to tag, share and use the photos here and below.  Just credit SeMiBluegrass.com! 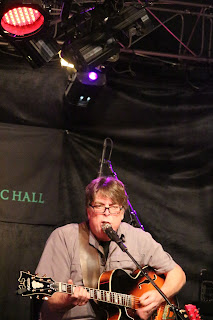 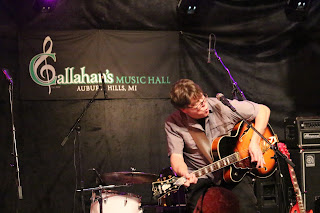 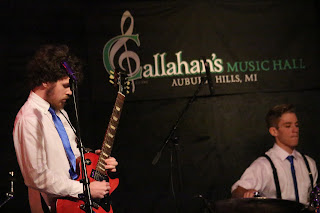 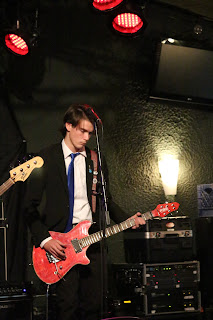 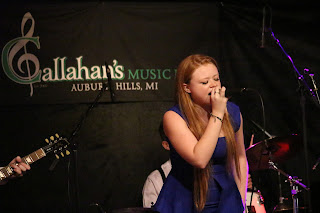 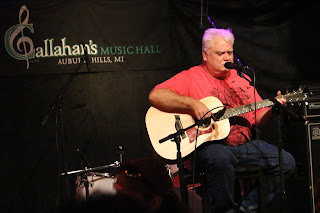 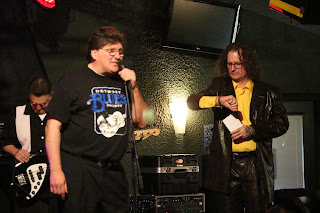 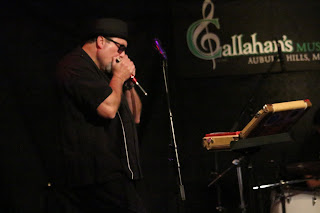 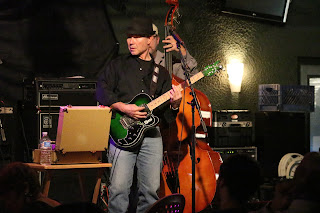 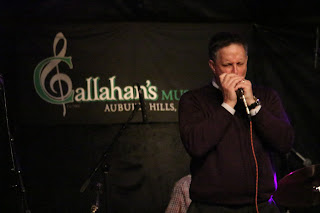 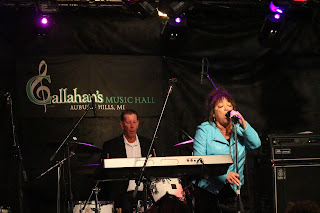 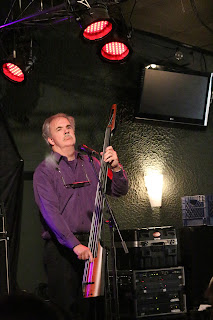 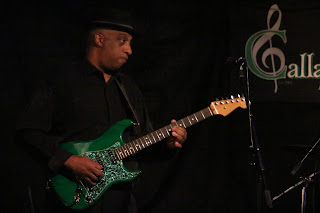 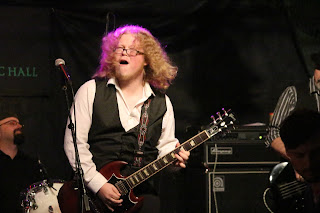 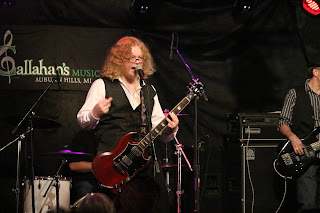 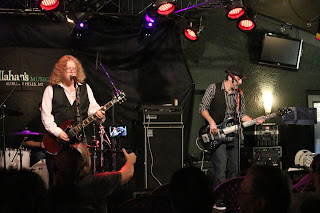 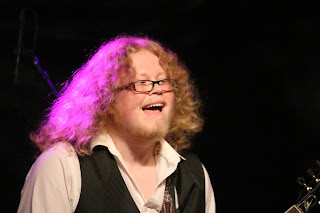 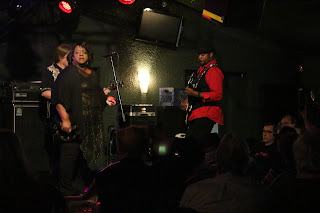 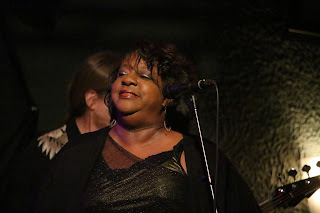 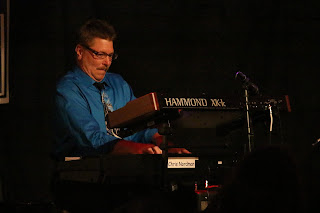 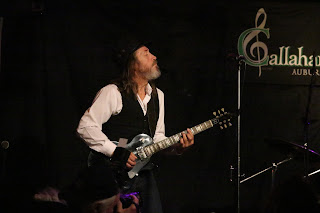 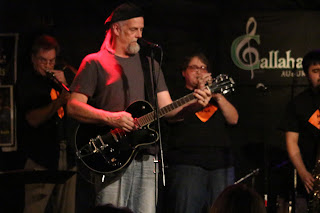 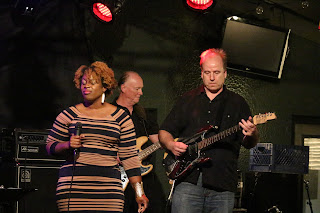 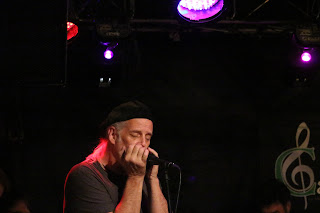