"A Serious Addiction to Rhythm": The Ragbirds @ The Ark

Readers of this blog must certainly know some things about me.  I'm obviously a serious fan of Live, Local music.  I love a wide variety of musical genres: bluegrass, folk, acoustic, blues, folk-rock, country, Americana and just about any type of authentic, creative music featuring great melody and honest lyrics.  Less obviously, I have a distinct preference for female vocalists and groove-heavy, funky rhythm sections.  I love small, intimate clubs, where you feel part of the music, and can see what the performers are doing--not just listen to them and watch them on a blurry "jumbotron" screen.  I love meeting the people in the audience who are there to see the show with you.  Lastly, I'm passionate about new, interesting and unique bands; those with a sound all their own, who leave you asking "why didn't I ever go see them before?"  So it should come as no surprise that when my favorite folk / bluegrass / country / reggae / jazz / conga / ska / rock-n-roll band, the Ragbirds, booked a show at the Ark, I'd be right there in the front of the line to see them.  Throw in a chance to see a show with my father and his wife Jann, along with my old friend Phil, and it didn't even matter that it was the third night in a row I'd attended a show--and what a show it was!

How do you describe the Ragbirds.  Lead vocalist and face of the Ragbirds, Erin Zindle summed it up pretty well when she called called herself a "singer/songwriter with a rock-and-roll brother, ethno-musicologist husband and a serious addiction to rhythm--with an eclectic collection of instruments."  Throw in the fact that they tour in a fryer-grease powered van (really, they do) and you know they're not like any other band you've seen.  Like all truly great roots musicians, the ragbirds start with a basic premise, and then borrow freely--perhaps exuberantly--from a multitude of rhythm-centric styles to craft a unique sound.  The band is fronted by Zindle and features mostly her original tunes along with an eclectic mix or modern and traditional (sometimes even classical) covers.  Their take on the Pete Townsend classic "Let My Love Open The Door" simply blew me away.

Songs about the reality of being young, in love, scared or a new parent provide the backbone on which the band weaves its' groove; coming together to transport the audience to a magical place where drums, guitar and Erin's seemingly bottomless collection of musical instruments live, breathe and add their soul to the music.  The Ragbirds are more than entertainers; they're musical hosts, inviting you to share their music with them.  And it's obvious that they love what they do--every member of the band is quick to smile, moves with the rhythm and effortlessly connects with the audience.  A Ragbirds show is an participatory event, not just a musical exhibition.  You don't go see the Ragbirds, you experience them.

Another thing you just have to love about the Ragbirds is their efforts to "pay it forward".  They frequently host new, upcoming bands at their shows, and this was no exception.  The band Bennett from Grand Rapids provided a short, but intense opening set.  This twenty-something trio of best friends, named after the street guitarist Josiah grew up on featured a groovy mix of fiddle, guitar and keys with some killer vocal harmonies draped over.  They have a very modern sound, and boy-band good looks (I mean that in the most complementary manner).  I'm sure they will find an eager and willing audience in the "Gen Y" generation--starved for high quality, authentic music.  Fiddle player Nick, in addition to some killer vocal harmonies, added some really great fiddle fills and breaks--something you don't often hear in young bands, and it adds a great deal of depth to their sound.   Their original songs were poignant, catchy and upbeat.  They play with great enthusiasm and you can tell they love playing together.  For a young band, they were very professional with a polished stage presence.  The finale featured a parade through the crowd with keyboardist Nicholas switching to the accordion.  A truly great ending, to a great band, with a promising future!

I do love a great rhythm section, and one could argue--persuasively--that the Ragbirds is really a brother-sister vocal act with a 5-piece rhythm section (yes, I know there's a guitar and fiddle on most tunes--and they play melody--but there IS a strong rhythmic element to their style).  At some point during the set every member of the band finds a way to play a percussion instrument of some kind---drum kit, bongo, djembe, conga, marracas, shakers, tambourine and variety of Afro-Middle Eastern traditional drums.   The funky groove is anchored by Chief Percussionist Randall Moore who also happens to be Erin's husband.  During the show, he is a whirlwind of activity, switching between an incredible diversity of percussion instruments, somehow laying down just the right syncopated, funky, oh-so-right-but-not-what-I-expected rhythm line on which the band builds their pocket.  If Erin is the heart of the band, Randall is definitely the soul; drawing on the best rhythmic traditions of Africa, South America and the Middle East (and probably a few other places as well).

Holding down the more traditional rhythm section role on drum kit is percussionist Jon Brown.  As you probably know from reading this blog, I tend to favor drummers with a "less is more" attitude, both in their approach to drumming and their drum kit and Jon is the prototypical example of this.  His drumming is rock-steady on just on the front edge of the beat (as it should be) laced with subtle, yet infinitely skillful licks and fills.  He's confident enough to make a quick "rat-a-tat" statement without resorting to the cliche', rock-god Tommy Lee roll that proceeds down the drums and up in volume.  Likewise, his kit is simple (snare, tom, floor, kick) with a few cymbals and a tambourine mounted.  What it lacks in size and complexity, it more than makes up for in tone.  This is a well tuned--and well played--kit, and that makes all the difference in the world.

Jon's partner in rhythm section crime is bassist Dan Jones.  This bald-headed behemoth of the bass guitar lays down one of the steadiest, funky grooves around.  His prowess was on display early in the set when he played the melody part in unison with Erin's fiddle--pure genius.  Unlike many bands, where the bass guitar is relegated to a back-room role behind the guitar player, Dan plays right out front.  His sense of style (both in fashion and music) make him hard to miss!  Often closing his eyes and moving to his own beat, his easy smile and bright eyes show he's in total harmony with his music and enjoying every minute.  A couple times during the show, after playing some super cool lick, he kind of stares and smiles like he's thinking "Holy Crap!  That was awesome!"  I love his approach to his instrument and his contribution to the Ragbirds' sound.


Erin's brother TJ Zindle brings a Rock-n-Roll edge to the band.  He's hard to miss with his rock-star hair, bright red pants and frenetic antics on stage.  I saw moves like Pete Townsend, Chuck Berry and Angus Young from him--and that was just during the first song!  In addition to both acoustic and electric guitar work, TJ sings lead with a powerful, pure soul voice.  His greatest singing, however, comes when he sings harmony along with his sister.  There is something about sibling harmony that is hard to explain, but awesome to see.  There voices loop and soar, supporting each other as they climb new heights.  Often, when they sing together, you can see their eyes meet and the quickest of little smiles touches their face.  There's is a partnership built on years of singing together, and caring about each other.

TJ's guitar work is spectacular, blending many different styles.  It starts with a rock guitar bass, but adds a definitely Jazzy use of chords, some incredibly powerful rhythmic elements, and some uncommon scale/mode work (there's definitely an Indian and/or Middle-Eastern flare to some of his leads--coupled with some classic electric blues elements).  His tone, especially on the acoustic guitar is full, rich and luscious, with cutting fills and licks up the neck.  I would go see ANY side project he fronted--he's that good.

Like most Ragbirds shows, the band left something special for the end.  After a soulful and touching second-to-last number, the band shifted into their "everyone grab a drum" mode and started on an African song (some type of love song/ballad?).  They were quicky joined on stage by a U of M Latin Percussion Band "Vencedores".  Their Brazilian Carnival influenced rhythm, complete with street whistle brought the crowd noisily to their feet.  Building on the crowds energy, and with beaming smiles, they brought the night to a pulsing, pounding, dance-in-your seat close.  As I said before, you don't go to a Ragbirds show, you experience it.  And I, for one, am so very glad I did.

More Pictures From the Show: 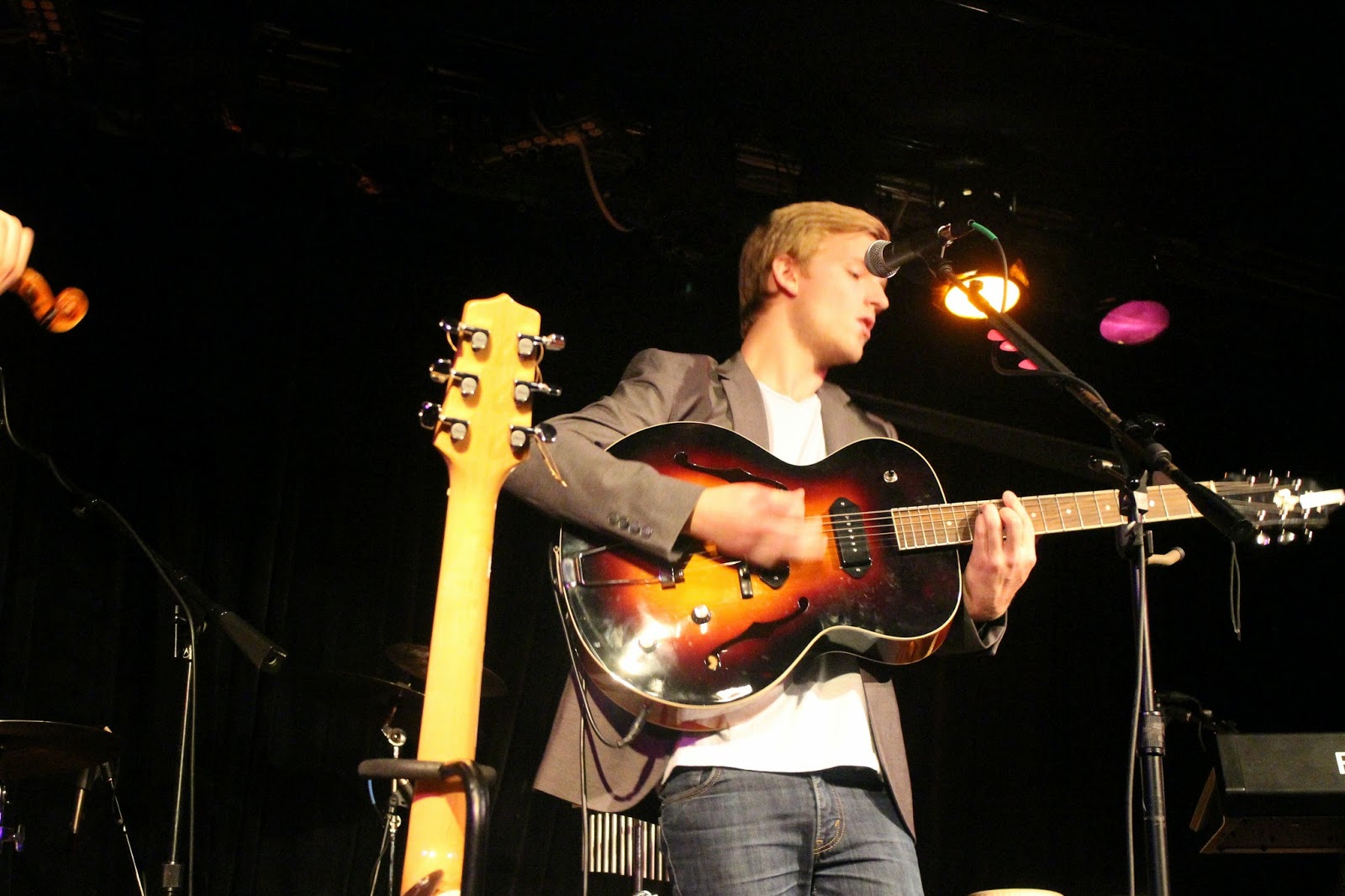 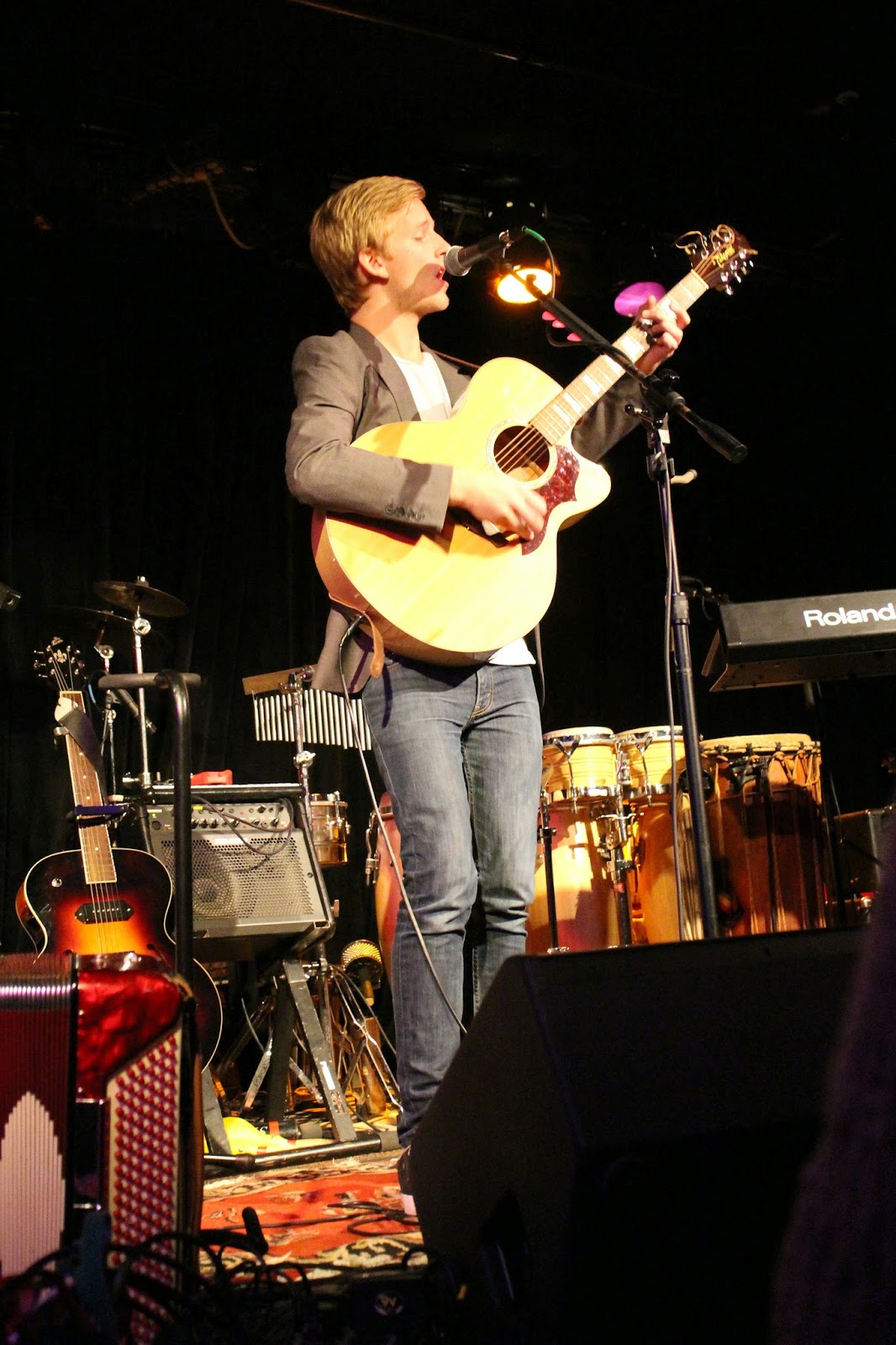 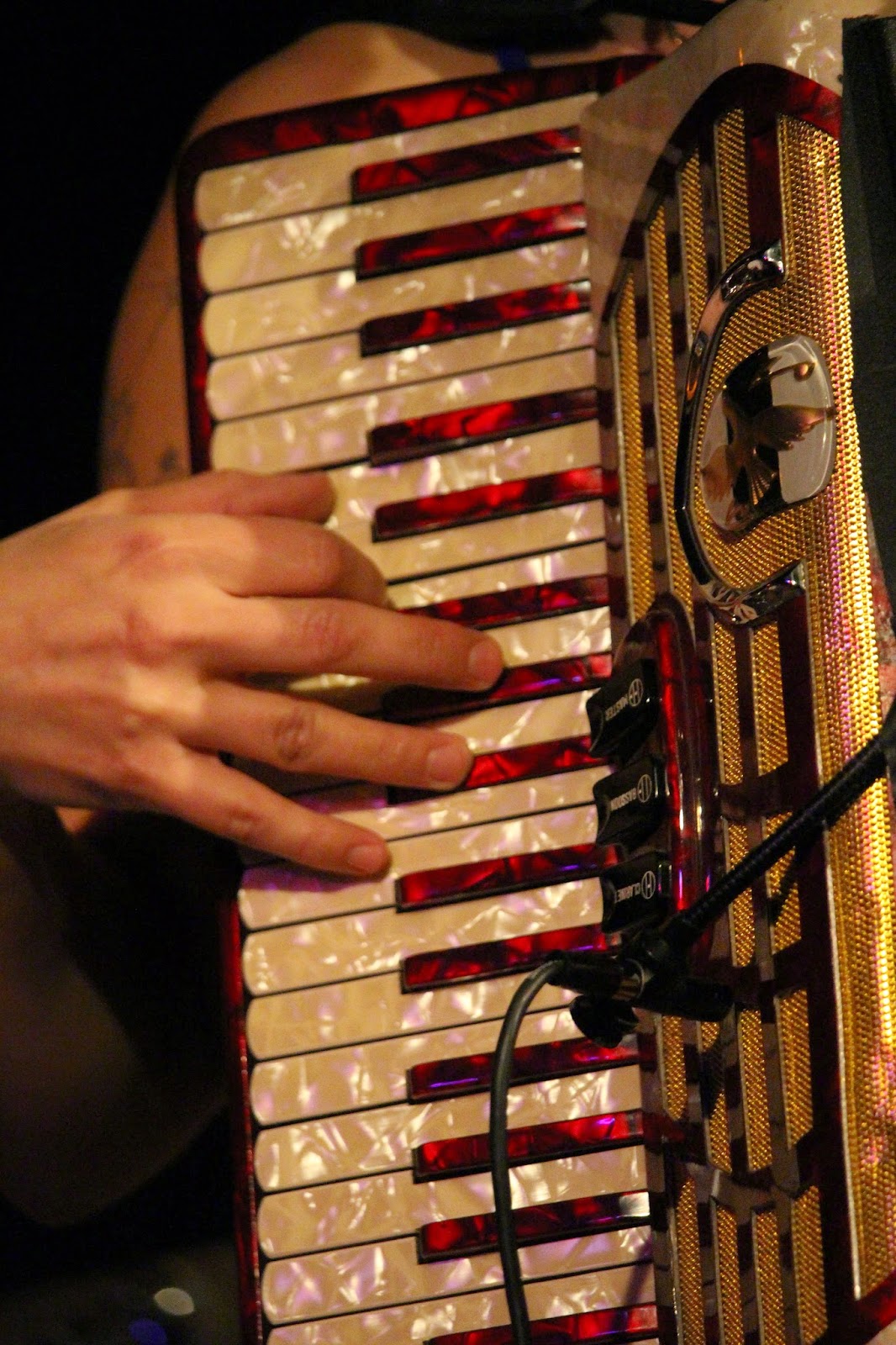 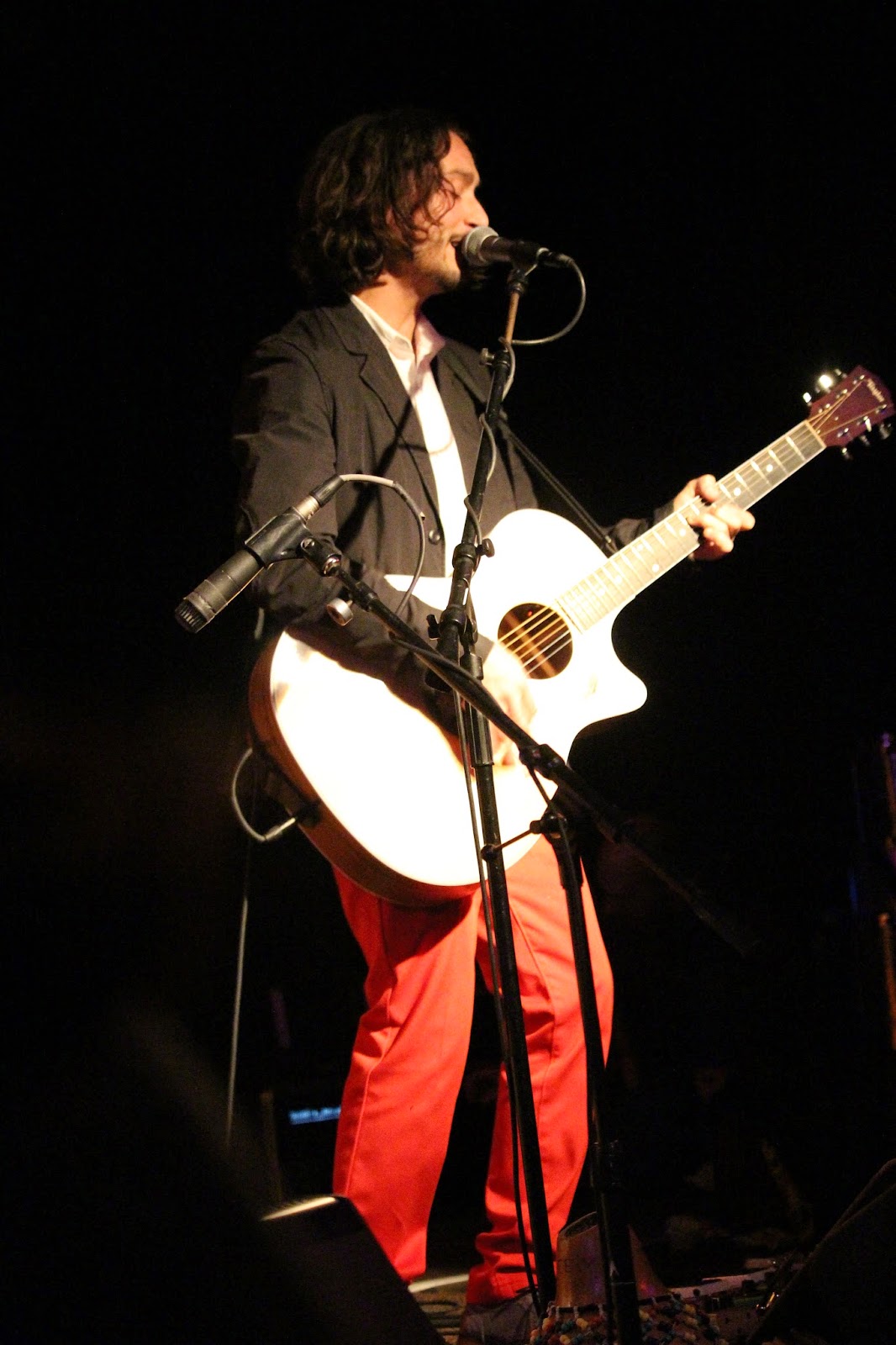 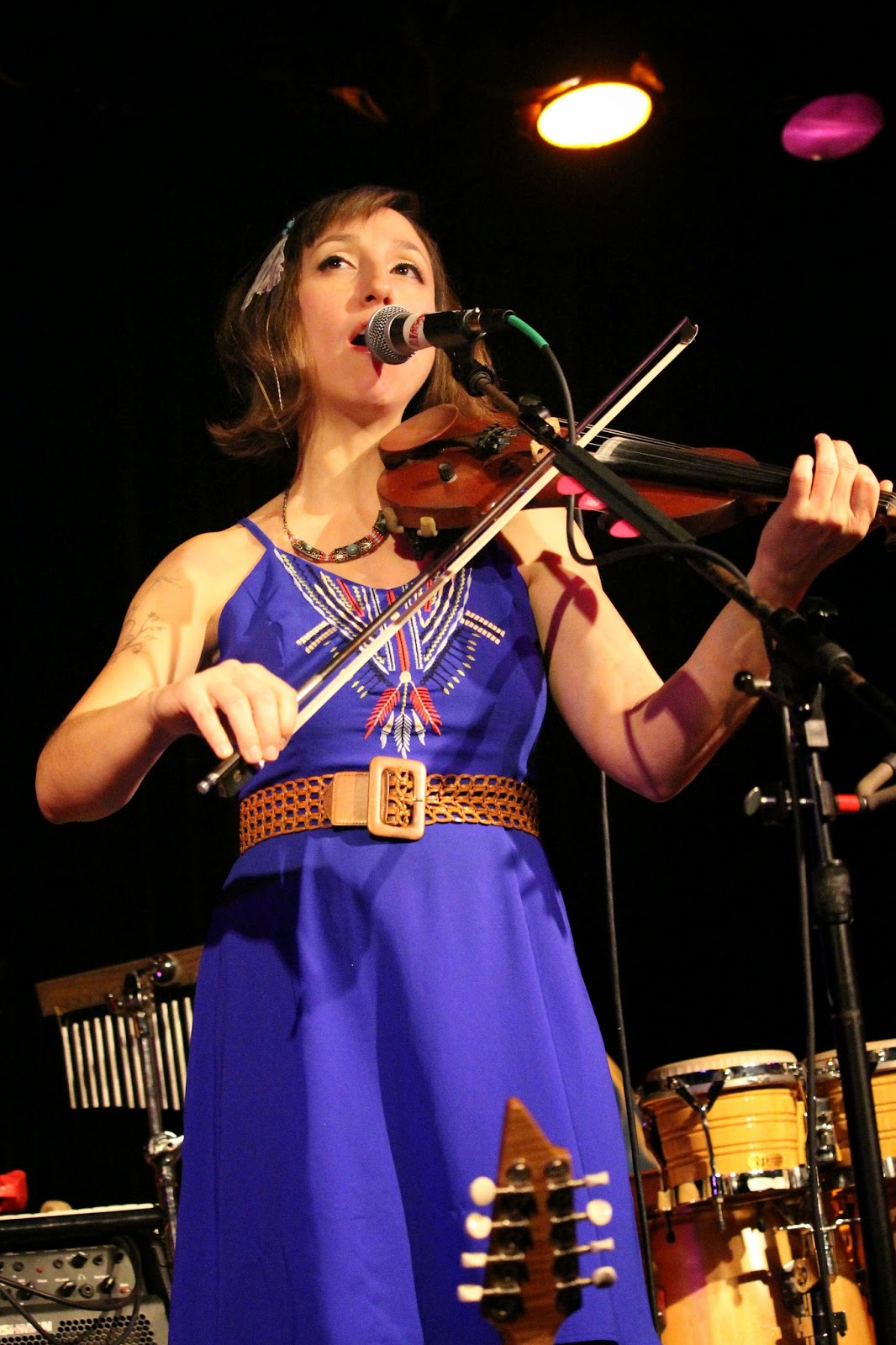 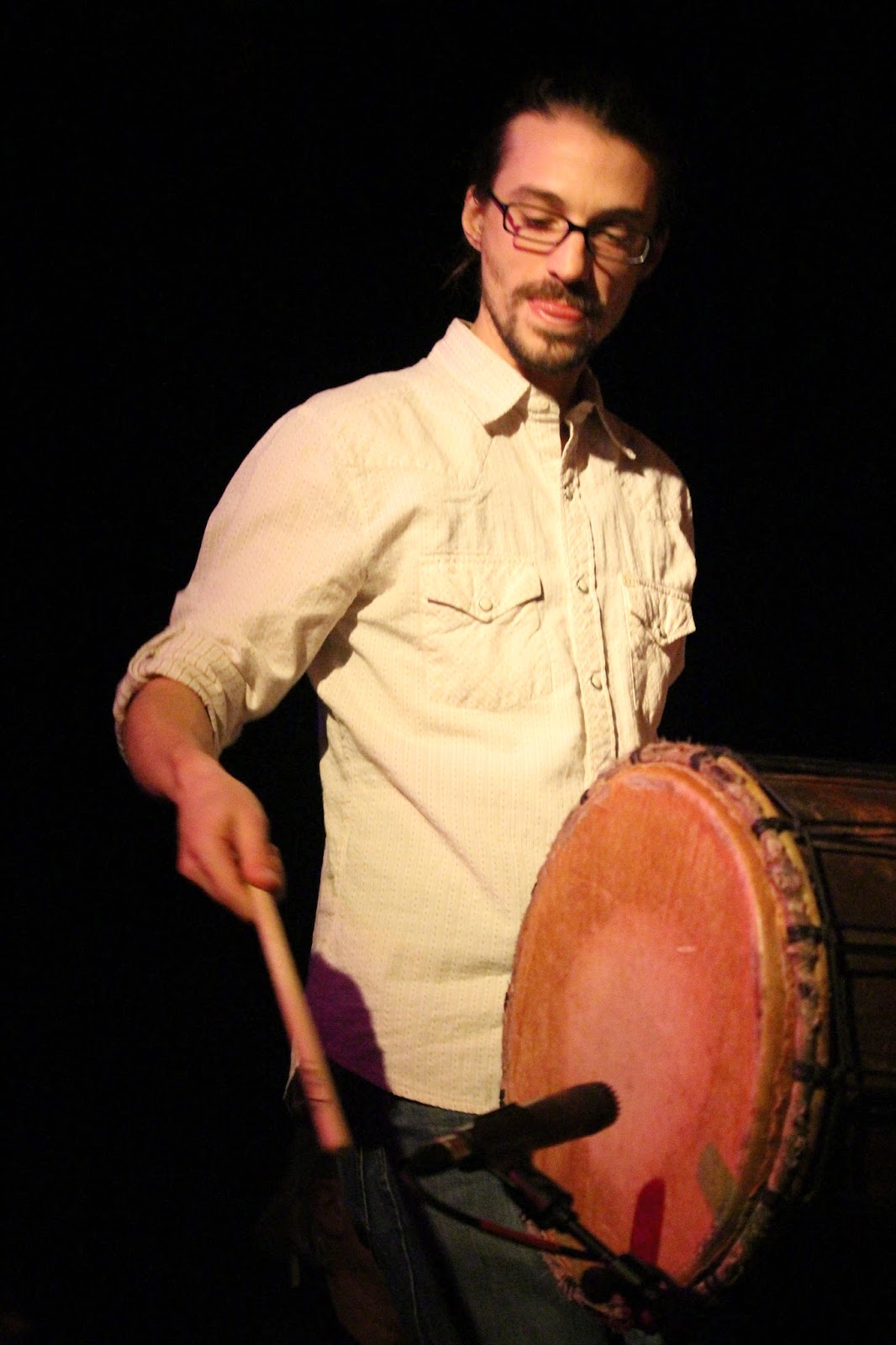 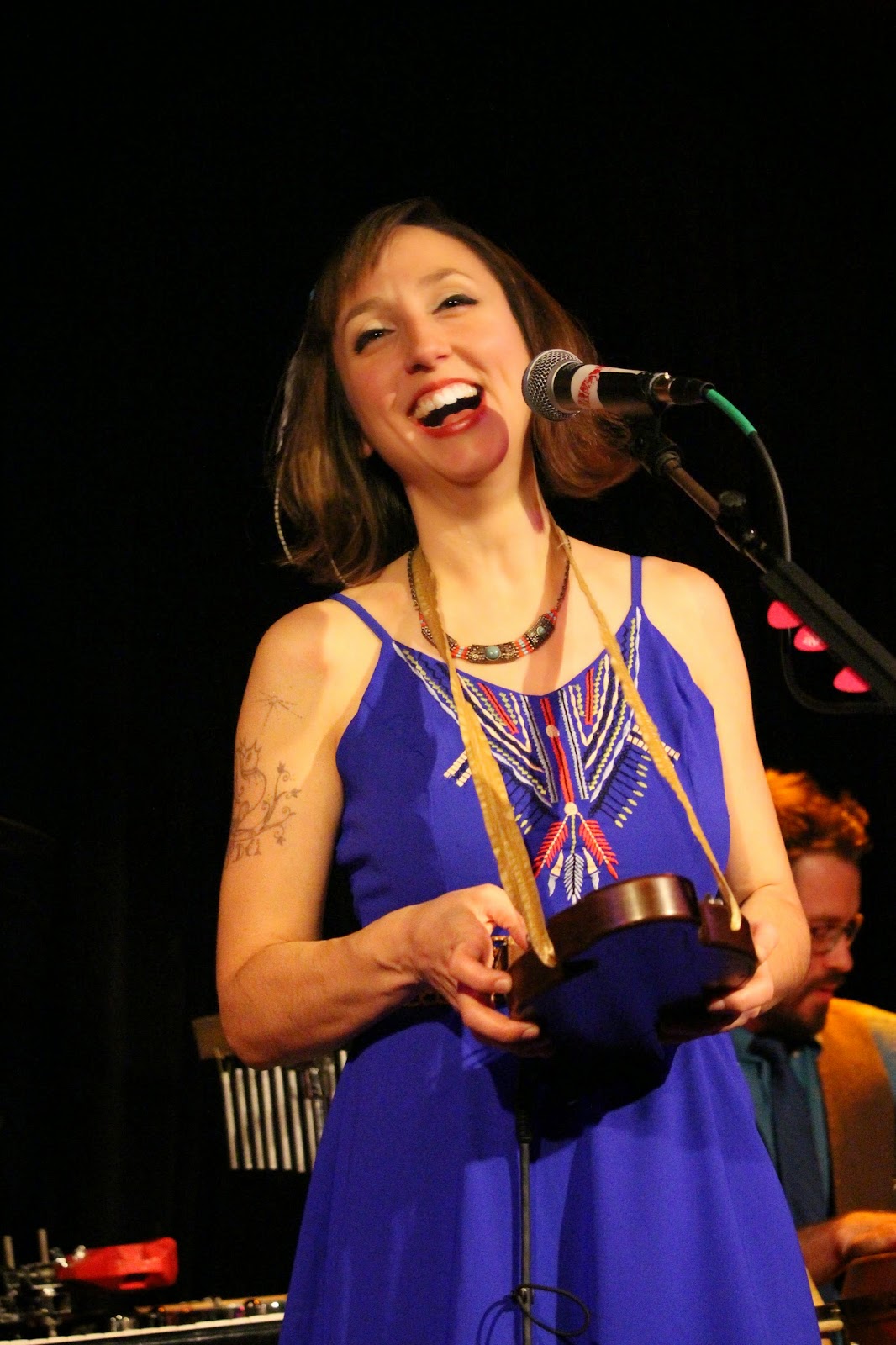 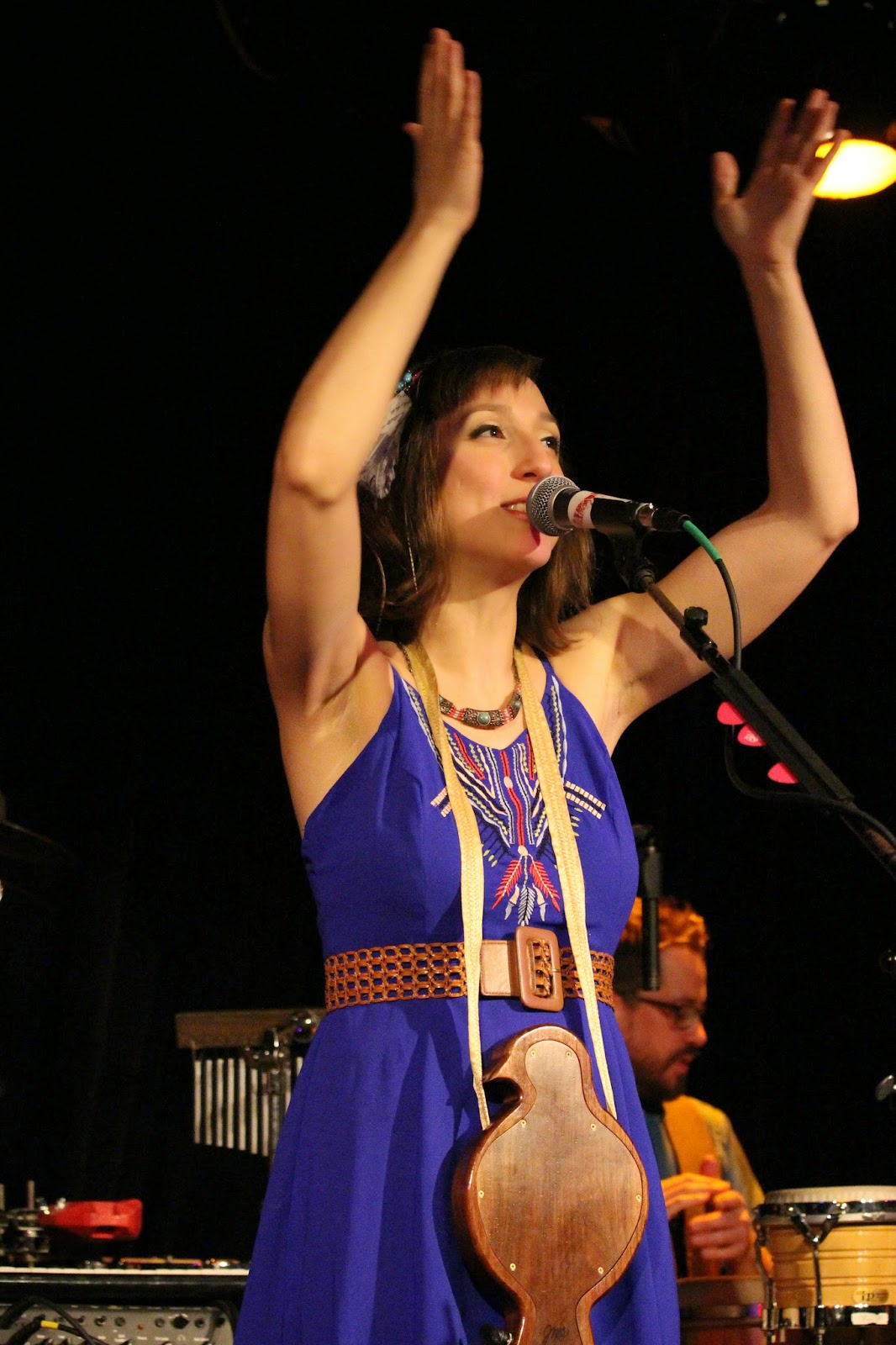 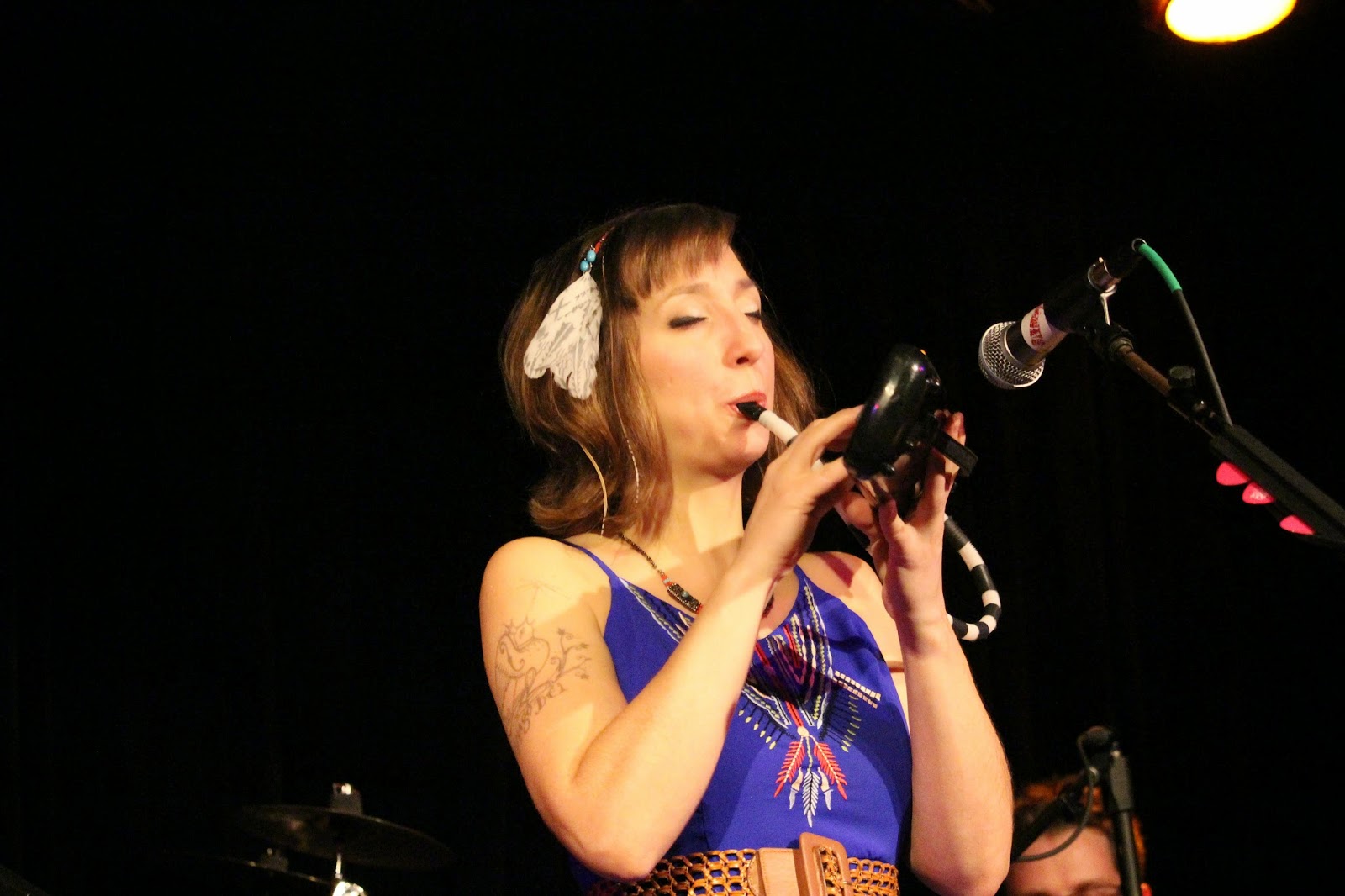 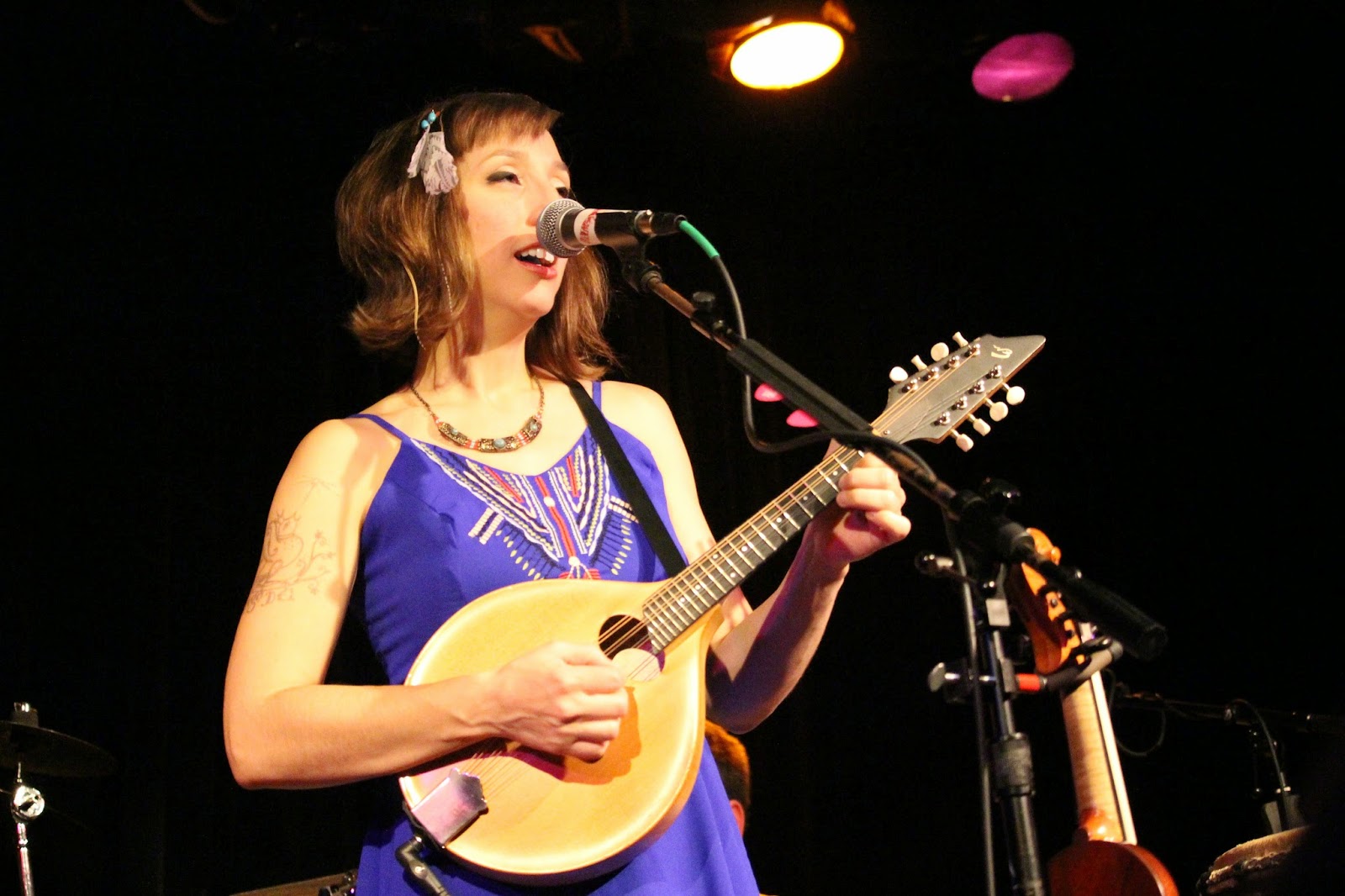 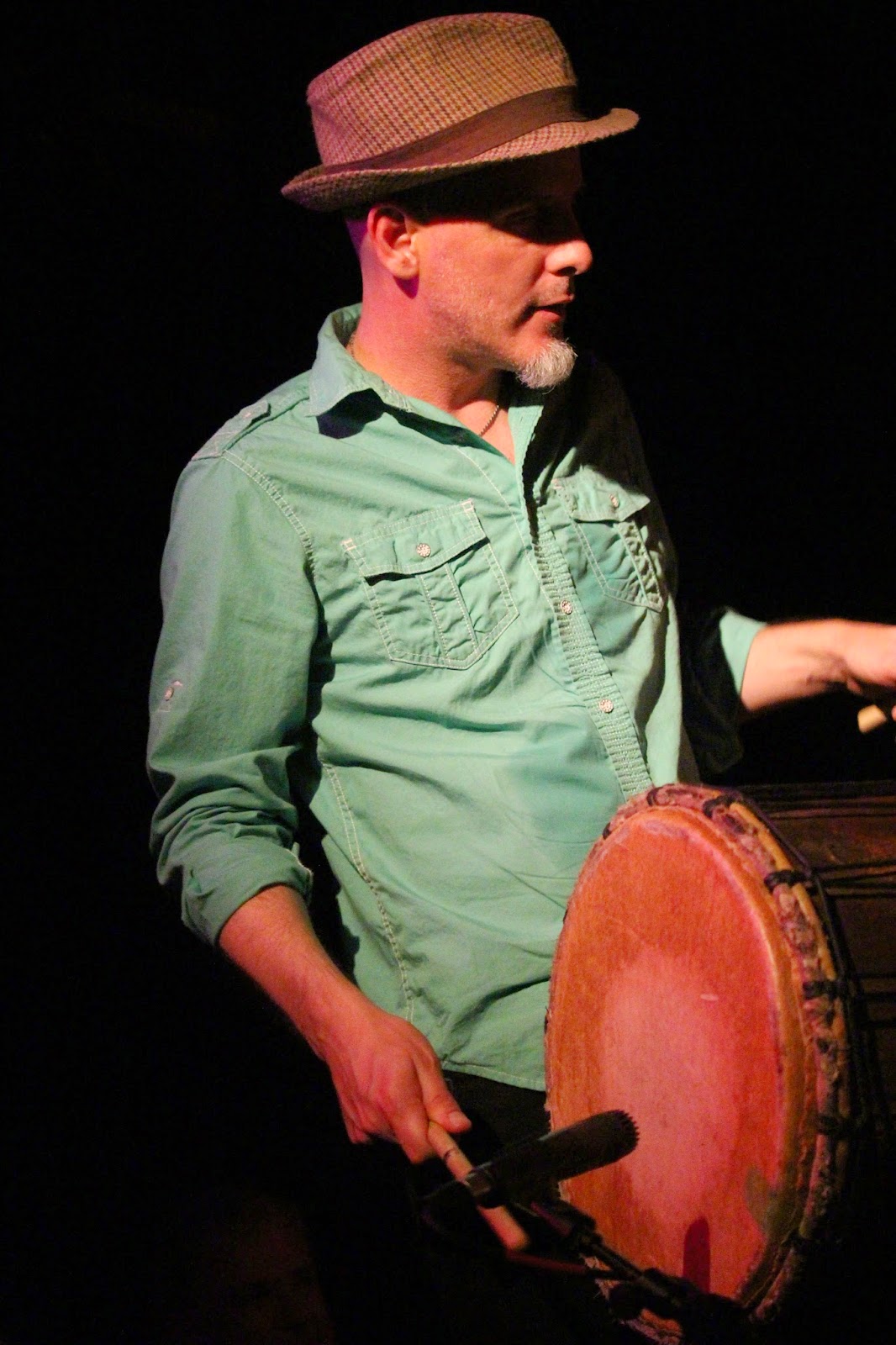 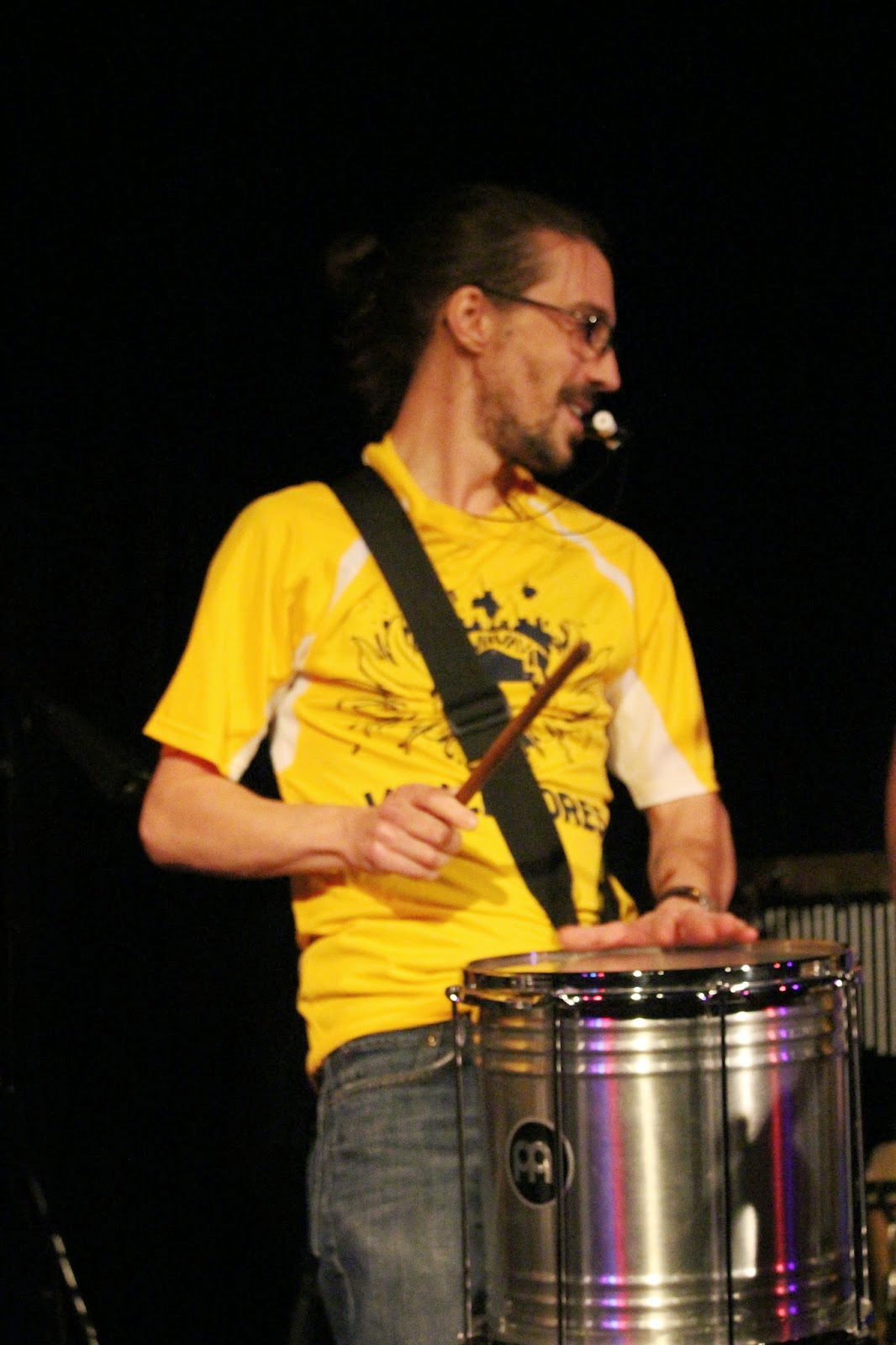 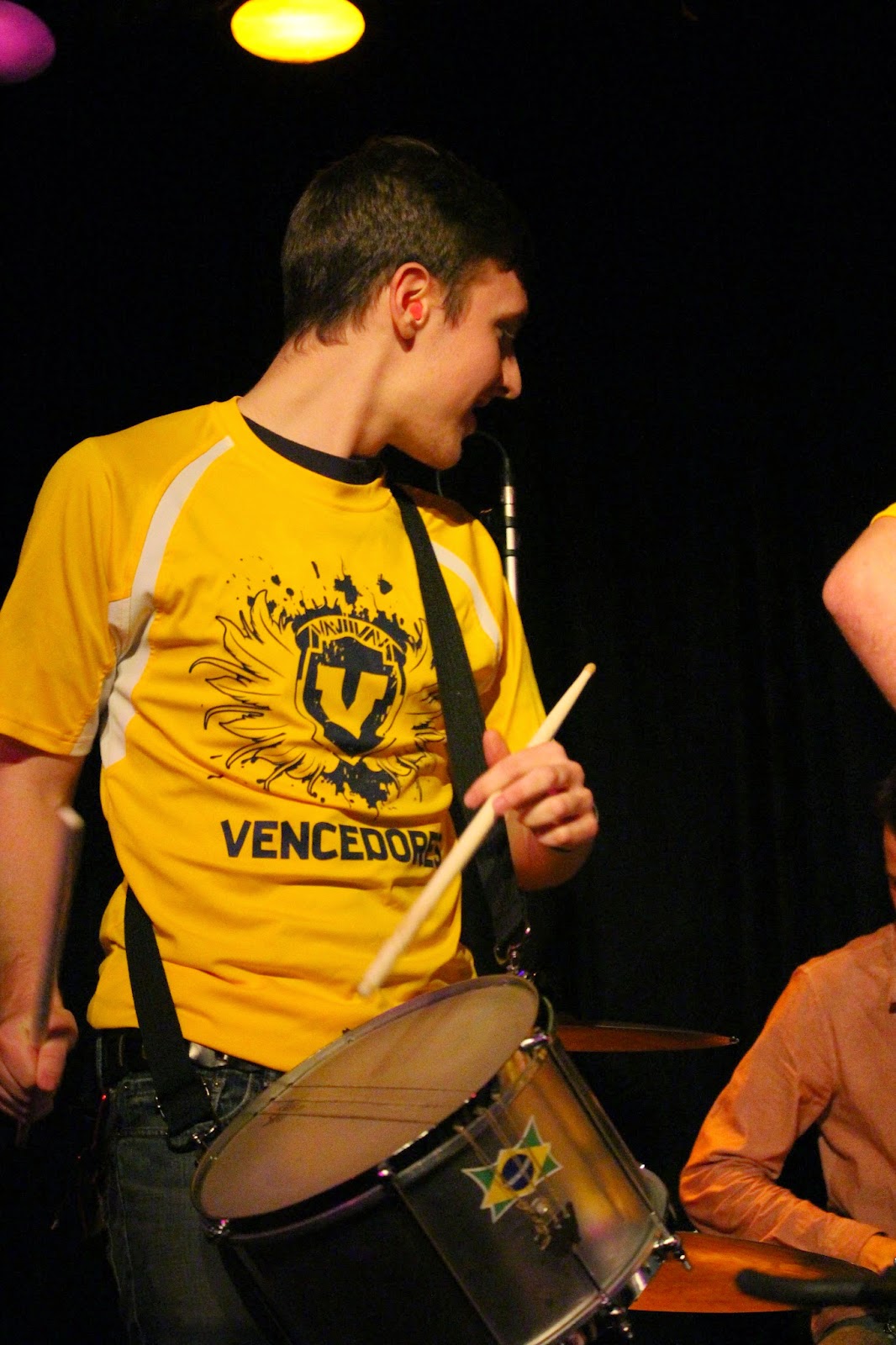 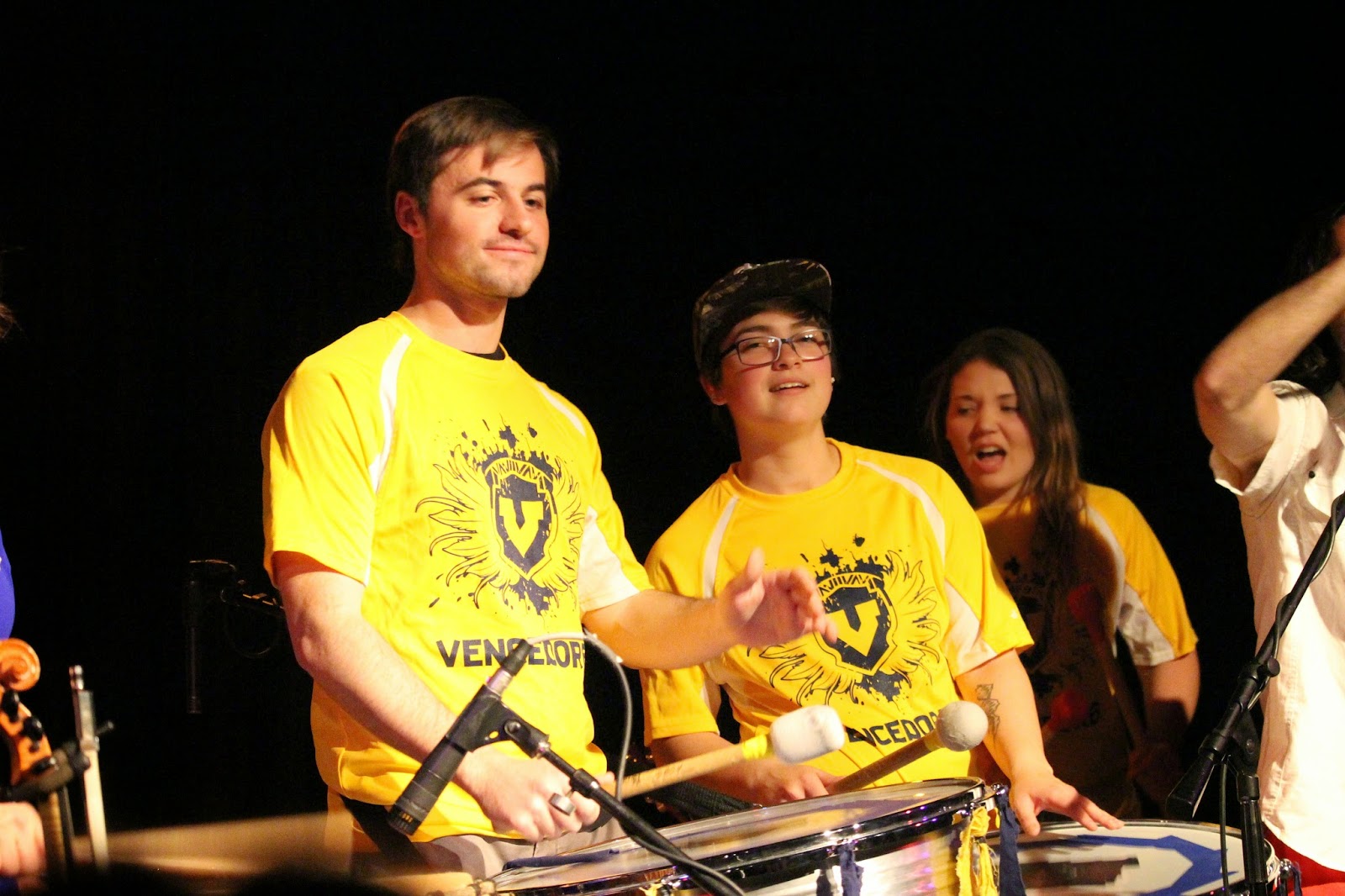 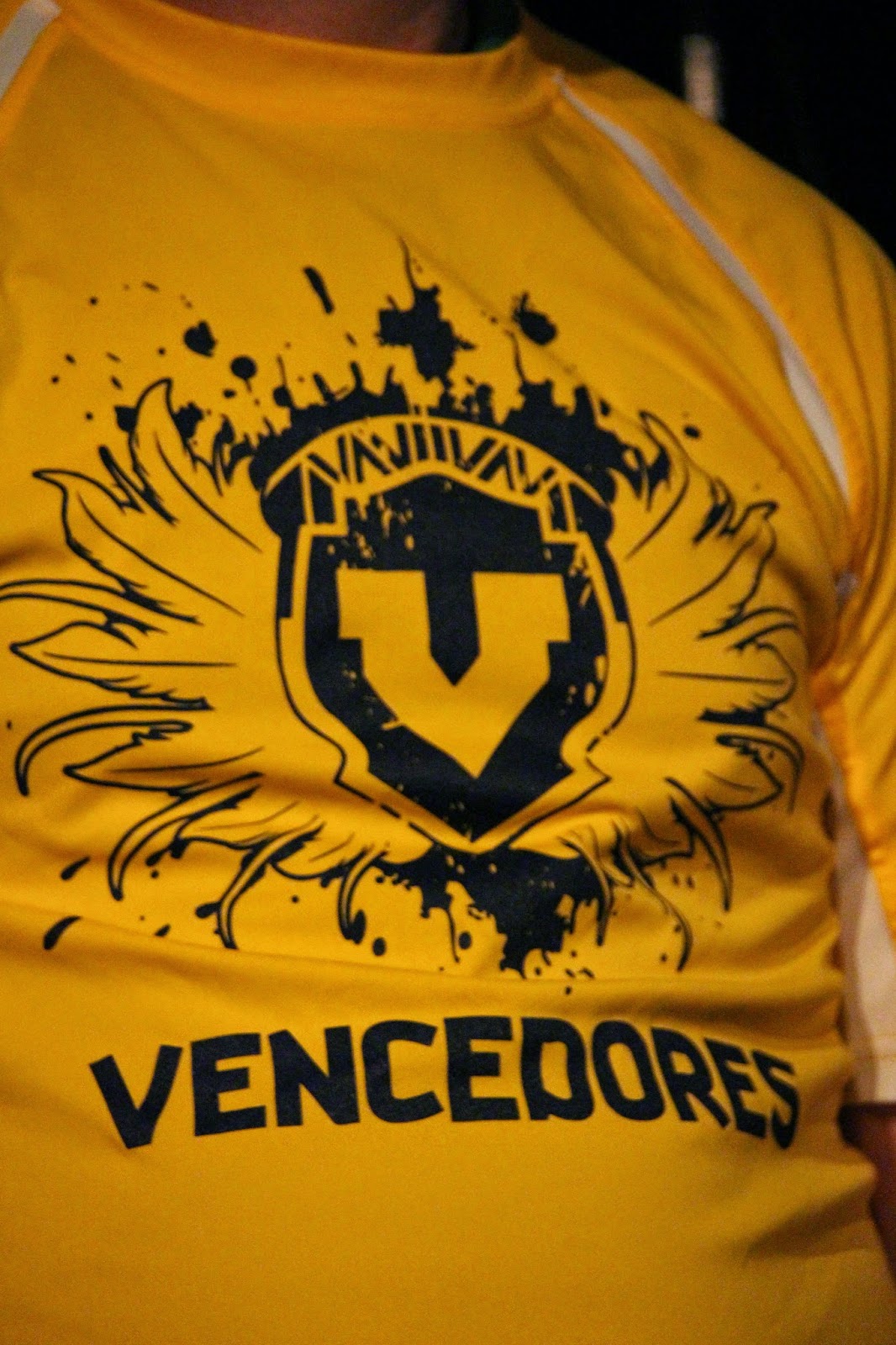 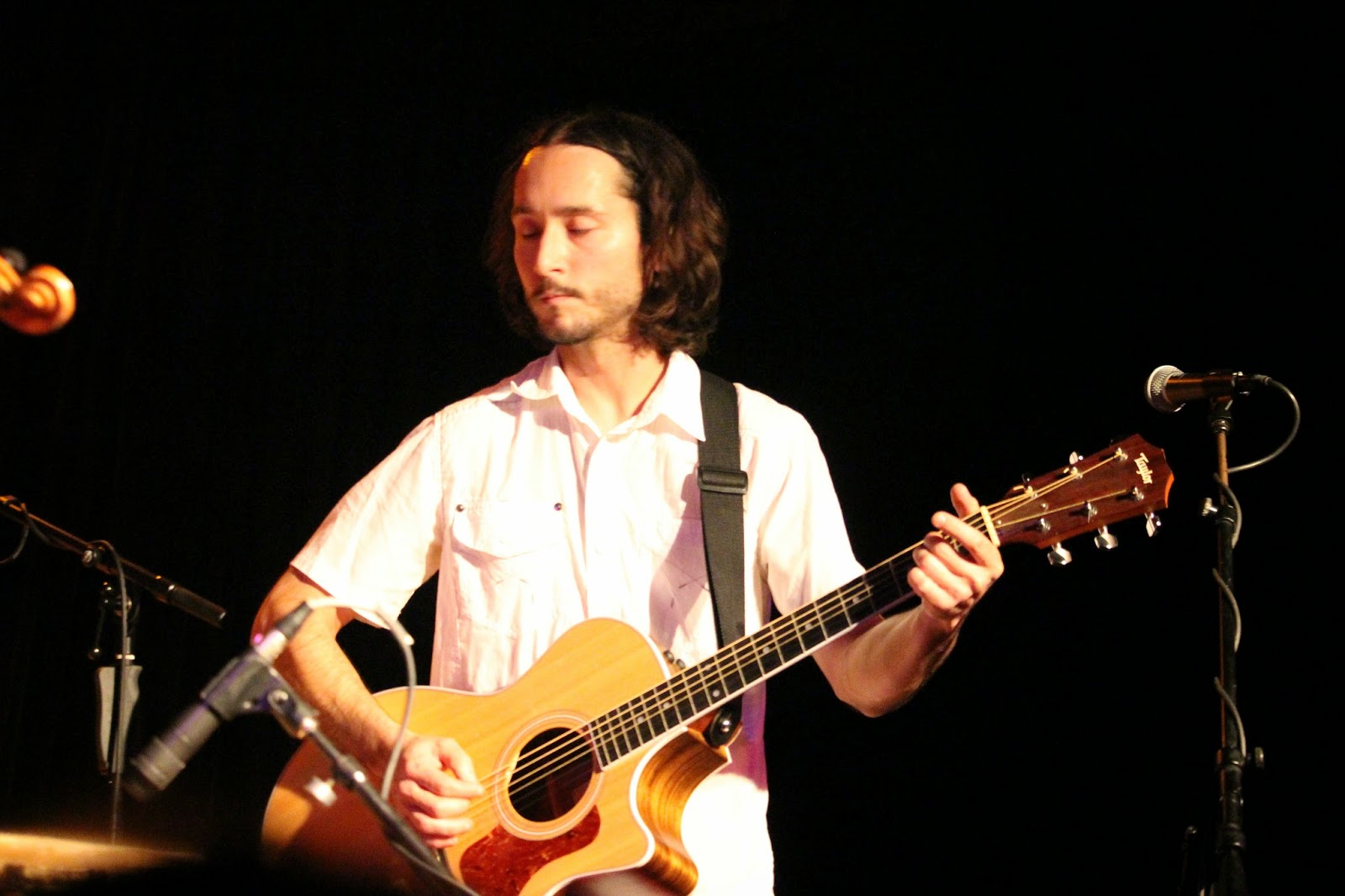